Could Adelson visit pave way for casino gambling in Brazil? 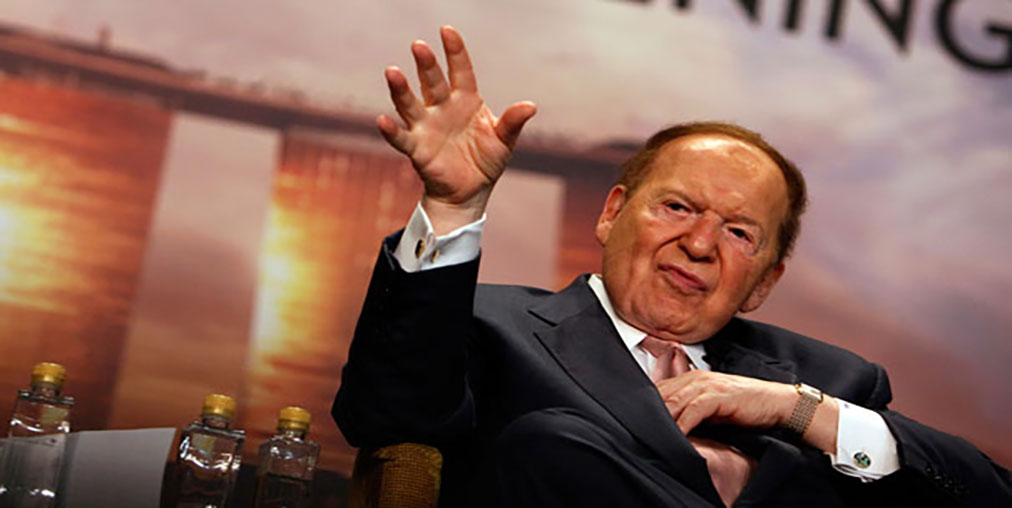 A meeting between American Jewish casino mogul Sheldon Adelson and high-level officials in Brazil has raised the possibility it might repeal the casino ban in the country.

The meeting has sparked speculation about the possible legalisation of gambling in the country. Brazil, which is the largest Latin American country, placed a ban on gambling about 70 years ago. However, this ban seems to be close to being repealed upon the visit of Adelson last week and the tempting proposal he came with.

After the meeting, the benevolent billionaire who is one of the major contributors of Jewish causes met Israel’s new ambassador to Brazil, Yossi Shelley and Israel’s honorary consul in Rio, Osias Wurman. This was during a meeting arranged by the Mayor of Rio Marcelo Crivella at the city government headquarters.

Honorary consul Osias Wurman in an interview with JTA spoke highly of Adelson.

“He is known to be the biggest individual sponsor of the Taglit Birthright project and showed interest in knowing how many youths from Rio and from across Brazil go to Israel on the project every year,” he said.

The local newspaper last Wednesday also reported that Adelson meeting with the Mayor was to discuss tourism. However there is speculation Adelson is hiding behind tourism to explain his presence in the country since it currently has a ban on casino gambling and discussing such issues now may be out of order.

Adelson’s interest in Brazil is not recent as he has long spoken of the country calling it a “potentially very good opportunity.” He has however maintained a certain level of reservations about the country’s economy and has called for an upgrade in infrastructure, including building more 4 and 5-star hotels.

The Games Magazine website in its report said: “Visionary, Adelson wants to be one of the first entrepreneurs to conquer the country’s gaming market and also bring his casino brand.” It said, “The approval of a consistent law could make Brazil the third best market for the group, after Las Vegas and Macau.”

Whether they are right or wrong remains very much up for discussion with Brazil’s average wage only USD $680 per month, significantly lower than both Las Vegas and Macau. This means tourism would have to play a major role in the casino’s bottom line if it was to compete with the two major gambling hubs.