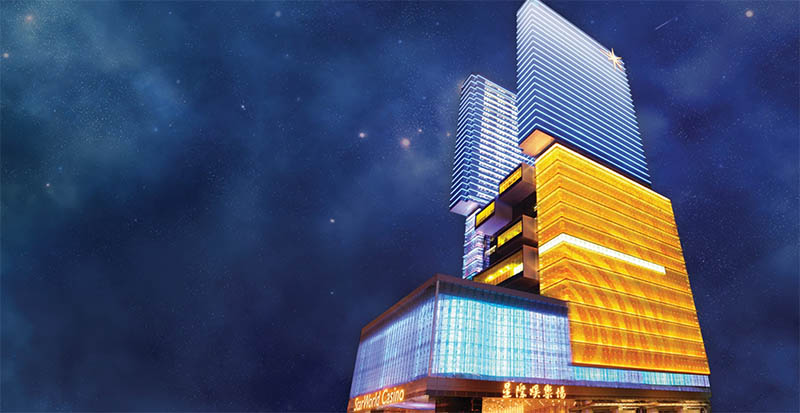 Galaxy Entertainment Group has posted a revenue of $2.36 billion for the first quarter of 2018.

This revenue is a record achievement for the casino operator, and represents a 32% year-on-year increase. After the revenue was adjusted for EBITDA, the income shot up by 36% to translate to more than $547 million year-on-year earnings.

When considering the first quarter of 2018, the adjusted EBITDA for quarter-on-quarter rose only by 4%. This translates to a reduced quarterly adjusted EBITDA of nearly $12.4 million, a development the company blames on unlucky play.

Lui Che Woo, founder and chairman of Galaxy however praised the achievements of the gambling operator, saying the company is on a positive track for the year ahead as it relates to the Macau market.

“We are very pleased to report that we have experienced a positive start to 2018, with all-time record quarterly adjusted EBITDA,” Woo said.

“This represents our 9th consecutive quarter of EBITDA growth despite competitive new capacity being added to the [Macau] market.”

The company made a total of $2.19 billion from gaming activities for this first quarter which is higher than what was generated for the same period last year by 31%. The income made from table games shot up by 17%, with VIP revenue increasing by 44%.

Galaxy Macau realized $1.65 billion in year-on-year revenue, but StarWorld Macau made only $573 million revenue. Adjusted EBITDA rose by $127 million or 55% in year-on-year comparison.

Grant Govertsen, an analyst at Union Gaming rated Galaxy high on its results, saying “Galaxy has evolved into a kind of must-see property.”

SJM Holdings, which has many interests in Macau, has also recorded strong first quarter results in 2018, which mimics the overall results of operators there.