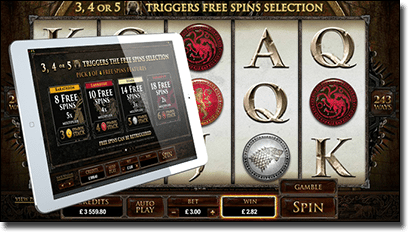 If you have been struggling to pick which games to play, whether on computer, laptop or mobile, 32Red.com are making it bit easier to choose with their Great Games Giveaway promotion in June.

The Great Games Giveaway compiles a list of the most popular and high-quality pokies titles available at 32Red Casino and offers players extra casino cash credit bonuses for playing them between Thursday June 2 and Tuesday June 7 – check your emails for this promotion, as it is invite only for members.

All games can be played via instant-play, no-download mode – which means you just login to 32Red in your chosen Web browser (Google Chrome, Mozilla Firefox, Apple Safari) and load and play the games there without needing to download any special casino software.

You earn 10% back on losses and winnings, so it’s a win-win promotion to take advantage of. The amount of the bonus is dependent on the loyalty tier you currently are in:

Avalon: One of Microgaming’s most popular original pokies of all-time, this Arthurian-legend themed five-reel 20-line pokie has an attractive gamble option and interactive theme.

Dragon’s Myth: A stunningly 3D animated five-reel, 20 payline online pokies games by both Microgaming and Rabcat, this is a top recommendation for players who love cutting-edge graphics in their pokies.

Game of Thrones: Based on the smash hit HBO television show Game of Thrones, this five-reel pokie comes in two variations – 15 paylines and 243 Ways to Win – for added customisation.

Jurassic Park: Based on the first Jurassic Park film released in 1993 directed by Steven Spielberg, it features imagery and sounds from the movie and high-definition 3D graphics to give a proper experience translated to pokies.

Terminator II: A faithful pokies adaptation of the iconic 1991 film produced and directed by James Cameron and starring Arnold Schwarzenegger, it features many of the film’s imagery in its reels and theme, and a 1024 ways bonus game appropriately called the ‘T-800 Vision’.

Thunderstruck II: The hit sequel to one of Microgaming’s most popular original pokies of all-time, Thunderstruck II is a multi-level five-reel, 243 Ways to Win pokie with a 2,500,000 coin jackpot and based on Norse mythology.

When does the Great Games Giveaway end?

The promotion runs from 23:00 (AEST) on Thursday 2nd until 23:59 on Tuesday 7th June 2016 (AEST), with your bonuses credited on the following day. Remember to play these select pokies between these dates to keep everything eligible.

All bonuses will be credited to your account’s bonus balance and are subject to a 30x playthrough before being withdrawn, so, if you are playing from United States, remember to read the Terms and Conditions before playing to make sure you understand everything.

Not yet a member to any online casino? We recommend you take a look at BetOnline Casino and sign up do their special deals today.