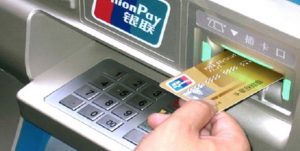 Macau’s casino industry is showing no signs of slowing down, despite new laws that require facial recognition software to be installed in ATM machines in the area.

In May, the Macau government announced that all UnionPay card holders would need to insert their Chinese identity cards into ATMs when withdrawing cash so that facial recognition technology could confirm their identity.

The new regulations were introduced in a bid to curb money laundering on the special administrative region, as the daily withdrawal limits of 10,000-yuan were being exploited by mainland residents who were using multiple cards to bypass the restrictions. To “promote the integrity of the financial system in Macau” all cash withdrawals were suspended for UnionPay account holders at ATMs where the new software had not yet been installed.

Concerns that the KYC (Know Your Customer) technology would impact Macau’s casino industry have been unwarranted, as market analysts confirm there has been no negative impact from the changes. In fact, gambling revenue is on the rise.

Mr Govertsen said, “With July’s above-consensus GGR in the rearview it appears, as we had expected, that there has been no measurable impact from the installation of KYC measures across Macau’s ATMs.”

Data released by Macau’s Gaming Inspection and Coordination Bureau revealed that GGR at Macau’s casinos rose by 29.2 per cent compared to the same time last year, which exceeded industry expectations.

The high results are likely due to revenue generated from VIP gamblers as the VIP market continued to strengthen, with VIP revenue up 34.8 per cent compared to the same time last year.

Mr Govertsen added, “We continue to believe that these measures were not put in place to stunt the growth of GGR (VIP or mass), but rather view the measures as generic capital control measures designed to slow a widespread issue of non-casino visitors to Macau coming to the market with the express intention of withdrawing Hong Kong dollars out of their renminbi accounts.”

The identification verification process only applies to Chinese nationals. It is part of China’s crackdown on corruption which aims to prevent money laundering, financial crime and the funding of terrorist groups.

If the KYC technology continues to be successful, Hong Kong could be next to implement the software, with the Hong Kong Monetary Authority saying it would explore the benefits of different technologies to strengthen the integrity of the city’s financial institutions.

Avoid the hassle and play online