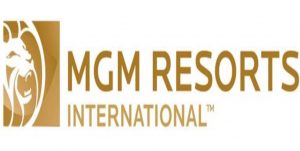 CEO of MGM Resorts International Jim Murren has revealed at a conference in Tokyo that the company intends to open a $10 million integrated resort, MGM Japan, sometime around 2025.

He also hinted that the casino-giant would likely intend to work with a Japanese-led consortium for the project.

Murren’s presentation took place at the Bank of America Merrill Lynch 2017 Japan Conference, where Japan’s emerging casino industry was a hot topic as the government works to finalise the requirements for the Integrated Resort Implementation Bill which is scheduled to be unveiled in December.

Under the new Integrated Resorts Bill, two casino developers will be granted a license to operate a casino within the country. Despite strong interest from international heavyweights like MGM, Las Vegas Sands and Wynn Resorts, no official word has been given on which developer will be given the torch, although Mr Murren’s comments suggests MGM will be a solid contender.

It has been speculated the winning developers will be required to partner up with Japanese businesses. During his presentation, Murren said, “We commit to being a good partner to Japanese companies in a Japanese-led IR [integrated resort] consortium.”

Several Japanese brokerage firms have acknowledged the possibility that international casino operators who are granted a casino license may not be given majority holdings in the casinos. What stake foreign operators will control remains unknown, as the government remains quiet about the requirements of the IR Implementation Bill.

At Thursday’s conference, Murren said MGM Resorts was a solid contender for one of Japan’s casino licenses as the company has a proven track record of being a “trusted, dependable partner” with local companies in foreign projects.

As release of the final IR Implementation Bill draws closer, speculation is rife about what Japan’s casino laws may entail. Widespread rumours of the budding industry have suggested casino floors will be restricted to 15,000 square meters and that Japanese citizens will either be restricted from the casinos entirely, or be hit with a high entrance fee to safeguard against emerging problem gambling habits.

Analysts have predicted that if the government makes laws too restrictive, foreign developers will be turned off and Japan’s casino industry could fail before it has even begun.

Las Vegas Sands CEO Sheldon Adelson has openly criticised the potentially restrictive laws, saying the company would only be willing to invest half of its initial proposal if such restrictions are put in place.

Wynn Resorts CEO Steve Wynn told the Nikkei Asian Review that rules and regulations will be the difference between success and failure. He said, “In designing the regulations and the law, the government can make it possible for great success in the building and the management and the marketing of such a business; or they can make it difficult. Regulations, tax rates and all such things – affecting [construction], the location of the building and the operation of the business – all have profound impact on the result.”