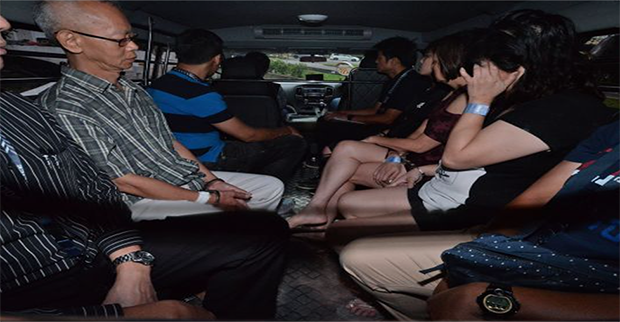 Eleven of the 33 members of a suspected illegal gambling syndicate have been formally charged in Singapore, marking the first arrests under Singapore’s new Organised Crimes Act which was formally introduced in June.

The arrests came after a series of raids on Sunday uncovered $1.3 million in cash, S$6.5 million in accounts and 36 properties owned by members of the syndicate, valued at $39 million. Computers, fax machines, documents and mobile phones were also confiscated during the raids.

Based on initial investigations, the accused are believed to be part of an elaborate gambling ring responsible for facilitating illegal horse betting, lottery and online gambling. It’s suspected that the gambling ring collected over $2 million in bets in the past month alone.

According to police, the detained were responsible for such varied activities as collecting money, providing website support, tallying accounts and registering illegal websites.

Amongst the arrested are two women and nine men, aged between 40 and 68 years old. Charges are varied, ranging from collecting small sums of money for gambling purposes, to moving large volumes of cash between bank accounts. The investigations are ongoing, with the arrested scheduled to appear in court on December 6.

If convicted under the Organised Crimes Act, individuals face up to five years in jail and fines between S$20,000 and S$200,000. If charges are laid under the Remote Gambling Act, anyone found guilty of providing a Singapore based remote gambling service can be jailed for up to seven years and face fines of up to S$500,000.

Only five of the arrested currently have legal support, while the other six remain unrepresented.

Singapore’s Organised Crimes Act was created in a bid to crack down on criminal groups – defined as three or more individuals who engage in criminal activities, such as money laundering or drug trafficking, for financial or material gains.

The Act gives authorities the power to restrict the activities and electronically monitor the movements of a suspect over a period of five years, without the suspect first being found guilty. This is how police were able to freeze accounts and confiscate material before a criminal conviction has been established.

The arrests in Singapore follow China’s crackdown on corruption, where 18 Crown Casino employees were arrested in October for suspicion of gambling crimes. Further arrests are expected to follow as Singapore and China take on a zero-tolerance approach towards illegal gambling activity.

Safe online casinos to play at