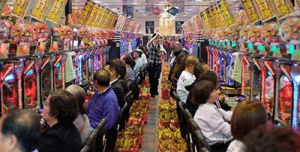 Tokyo could yet have an operating casino in time for the 2020 Summer Olympic Games.

Despite seeming like a near impossibility in January, the prospect of Japan passing a casino legislation in the near future looks promising, with the ruling Liberal Democratic Party gaining majority in both houses of the legislature.

With an independent legislator in the House of Councillors joining the LDP, the party now has a 50% plus one majority, allowing it to pass any legislation without the help of other political parties.

This puts the country’s long-touted casino legislation back on the table. The Integrated Resorts Promotion (IR) bill looked dead in the water earlier in the year, but Union Gaming analyst Grant Govertsen says the LDP majority has increased the possibility of passing the bill.

“[The] change in political fortunes of the LDP necessitate a change in our view, and we would currently assess the odds at better than 50/50 when contemplating the fall of 2016 or spring 2017 legislative sessions,” Govertsen said.
There are two steps towards Japan getting its first casino. Firstly, the IR Promotions bill would need to be passed to decriminalise casino-style gaming. Secondly, the IR Implementation bill would then need to be drafted and passed so potential developers can assess the process.

Govertsen said that if this happens, development could begin in 2019 or 2020, with the first resort to open by 2022 at the earliest. This would put any new casino’s opening beyond Tokyo’s games. However, with Japan on the brink of recession, the government may prioritise the legislation and fast-track development.

Current proposals suggest two major markets would house casino resorts: Tokyo and Osaka. There are currently two contenders for the gaming licenses in those regions: gaming mogul Kazuo Okada’s Universal Entertainment, and Sega Sammy, which is about to open Paradise City in Incheon, South Korea.