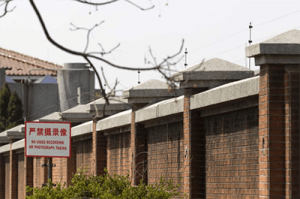 The Crown employees detained in Shanghai since October have finally seen some progress with their case.

While gambling-related crimes were reported as the reason why the 18 Crown Resorts staff and associates were arrested in mainland China last year, official charges have not yet been laid.

Now, the case has been handed over to Shanghai’s Baoshan District People’s Procurator which will bring the detained group closer to a trial.

It’s reportedly a win for the 17 detained – one member was released last November but has not commented on the case since – as it is being handled at district level instead of the city or national level.

This suggests the group will be charged for gambling offences instead of more serious violations, such as money laundering.

“You’re going to have less in the way of judicial and prosecutorial resources,” a person close to the case added while confirming it could “signal the intention of lesser charges.”

Though, this doesn’t mean they’ve avoided jail time – besides the time they’ve already spent they could be facing up to three years for gambling crimes. It would have been longer if they were found to be engaging in money laundering or other violations.

The 15 Crown staff and three associates of the James Packer-backed casinos were raided during the night of October 13. Three Australians are among the staff, including the head of Crown’s international VIP business, Jason O’Connor.

There is also a fourth Australian, who is not directly employed by Crown, who is being held with the group at the Shanghai Detention Centre.

According to Mr Si, the group is expected to spend another three months in the detention centre before the case is reviewed and handed to a local court where a trial date will be set.

It could take even longer if the case is sent back to the police for review, he added.

Crown may look at the South Korean case where 14 staff of Paradise Co. and Grand Korea Leisure Co. were detained in China in 2015 for similar offences. They were released after serving 18 months.

Mr Packer has previously said the company was “managing through the whole China situation” and it would be acting “in a way that is respectful to China and in a way that best represents our staff”.

A spokesman for Australia’s Department of Foreign Affairs and Trade also said it has been offering consular assistance to the Australians since they were detained.

“The investigations and detentions are ongoing and proceeding in accordance with Chinese law,” they said.

“China’s legal and judicial processes can be lengthy.

A report by ABC’s Four Corners revealed the group could be facing interrogation inside a cage.

Crown Resorts has taken a hit since the incident, as gambling revenues relied on the VIP sector. High roller play fell by 45 per cent at Crown Perth and Melbourne, reportedly as a result of the arrests.

The casino has also moved to restructure and focus on its Australian assets, selling Melco Crown – the Macau joint venture – and ditching plans to build a casino in Las Vegas.

Japan is still being considered since the casino ban was lifted in the country last December.

A management shake up also occurred as Crown’s chairman, Robert Rankin, stepped down in January. He was then replaced by John Alexander who has been connected to the Packer family for some time.

Chief executive, Rowen Craigie, then left in February, followed by Crown’s head of international marketing – and leader of the Chinese VIP strategy which led to the arrests – last week. It is not clear if Mr Chen left of his own accord or was pushed out.