Lottoland is in trouble with the advertising boards, and it’s not the first time. 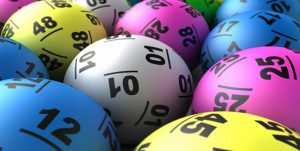 Lottoland, a global online gambling operator that provides a real money betting service on lottery draws from around the world has come under fire by the Advertising Standards Authority (ASA) following a recent radio ad campaign. The ASA claims the Lottland ad is misleading, giving punters the impression they are purchasing lottery tickets when in fact they are only wagering on the outcome of lottery draws.

On the official website, Lottoland describes its lotto betting service as “when you bet on the outcome of a lottery instead of buying a ticket for an official lottery draw.” Players pick numbers just like they would if they were playing the lottery, but instead of going into the draw, a bet is placed on the final result of the winning numbers. Due to this betting format, Lottoland is cheaper than purchasing lottery tickets, with access to the same sized jackpots.

The ASA believes the radio ad fails to clarify the difference.

The ad in question tells listeners, “With Lottoland the EuroMillions still costs just £2, not £2.50. This Friday’s jackpot is 100 million, so with Lottoland you can win the big jackpot for less. Download the app or go to lottoland.co.uk and get your first bet free.”

A statement released by the ASA said the early mention of EuroMillions “would give consumers the strong impression that the ad was promoting a lottery.”

Lottoland’s refute is that their advertising across all platform makes a clear distinction between its gambling service and the genuine lottery draw by use of the word “bet” or “betting.” The company argued that the word “bet” was mentioned twice in the radio ad and that in conjunction with the company’s other branding and marketing platforms, customers would understand that Lottoland was an independent gambling service and not a lottery provider.

Lottoland also said all references in the radio ad were factual, and the fact that customers could win the same amount of money as the EuroMillions for a cheaper price was a genuine statement.

The ASA responded by agreeing that reference to the term “bet” would help clarify the product, but that the radio ad did not make this difference sufficiently clear. The ASA said, “We considered that the ad’s references to “bet” did not make clear that consumers would be gambling on the outcome of a lottery rather than actually participating in it and, consequently, did not dispel the impression given by the voice-over’s references at the start of the ad that a lottery was being promoted.”

As a result, ASA has banned the radio advertisement and advised Lottoland to ensure all future ad campaigns clarify that customers would not be buying tickets to an official lottery.

In the fine print of its website, Lottoland states, “Lottoland is a bookmaker, and not a lottery operator. You cannot purchase entries in any lottery via Lottoland. Lottoland allows you to bet on the outcome of lotteries from around the world. Lottoland acts on behalf of customers and places bets with EU Lotto of Gibraltar, which is acting as a bookmaker. Lottoland has no relationship or affiliation with the operators of the lotteries.”

Not into the lottery? Get way better odds on hundreds of real casino games at BetOnline Casino.