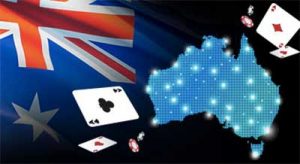 It’s the last day for Australian players to gamble at an online casino or participate in a poker tournament on the web.

The Interactive Gambling Amendment Act 2016, which received Assent last month, will be enforced as of September 13, 2017.

Several reputable gambling operators, which have remained in the market until the very last minute, notified players earlier this month via email that they will need to wager or withdraw any remaining funds.

Most online casinos have blocked Australians from signing up by now, but you may still be able to withdraw any remaining funds from your account. Contact support at your casino if you have any issues.

Software developers have announced their exit too, with Microgaming geo-blocking Australians from playing their games as of today.

Several other operators followed including GVC Holdings (Guts casino), while PokerStars and the aforementioned brands stuck around until the bill was signed into law.

Meanwhile, the country is just days away from the publication of a report based on a Senate inquiry into the prevalence of online poker for Australians.

Many thought the inquiry would delay the bill, which not only bans online casino gambling but professional poker tournaments available at reputable sites too.

The online poker community was devastated, given a special hearing held just days earlier saw many industry experts speak in support of a regulated poker industry.

But the Senate raced the bill through and passed the legislation, which will only push Australians to rogue online operators contradicting the Senator’s intentions of not only the bill but the Interactive Gambling Act 2001 too.

While the government cited problem gambling as a predominant issue behind the new reforms, it didn’t create any new support services for players who will be stopping online casino gambling cold turkey due to the mass exodus.

Many offshore casino operators have created free play options for Australians which may serve as a support service, with Platinum Play launching a play money casino on September 13, 2017, known as Play Royal Vegas. Players who already had an account with the casino can use the same log in details and claim a $5000 play money bonus.

PokerStars is also offering a free play app available to Australians to download to your smartphone or tablet. Known as PokerStars Play, Aussies (as well as American players) can get your Texas Hold’em and Omaha fix here.

We know it isn’t as good as the real thing, but thanks to the gambling reforms, Australian’s, unlike British and New Zealand players, have been censored when it comes to real money entertainment.

Safe online casinos to play at