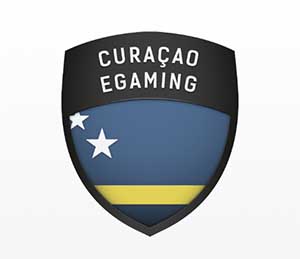 Curacao e-Gaming, as an online casino licensing body, does not have the same high-class reputation as other jurisdictions in the iGaming industry, but it does serve one massively important purpose.

With many online licensing jurisdictions not serving markets like the USA, China and Australia, Curacao allows websites bearing their tick of approval to be accessed by people in these countries.

As an example, the United Kingdom Gambling Commission does not allow people from the USA to sign up at casinos backed by them, while Curacao license holders have no such problem.

While it’s hardly ideal as a player, the good news is that there are many online casinos based out of Curacao, if you do your homework, that can be trusted to keep your details and, of course, money safe.

OnlineCasinoSite.com has struck up exclusive deals with many online casinos based in the licensing jurisdiction of Curacao, which will keep your money safe and give you access to some great promotions and welcome bonuses.

Players are not left to fend for themselves at online casinos, as relevant authoritative bodies have been set up and developed shortly after the first online gambling establishments appeared. Nowadays, the separate authorities that regulate this industry are known as e-gaming jurisdictions, and Curacao is a leading entity in this regard.

The initial foundations of this e-gaming jurisdiction were set in 1993, just after the first online casinos and sportsbooks were developed by leading land-based operators. Speaking of land, you should know that Curacao is an island situated in the Dutch Caribbean, also known as the former Netherlands Antilles. While their dissolution may have changed the name of the venue, the e-gaming authority remained as firm and stable as ever.

At first, the Curacao e-gaming License Authority was set up in 1996, but only as an official entity which followed the stipulations of the Curacao Gaming Control Board. This changed in 2002, when the Authority was given full power to issue provisions and regulate the industry as they see fit.

The Curacao Internet Gaming Association (CIGA) has also risen into existence about the same time, in 2001, although it had not been with the intention of taking over any law-making duties. In fact, this authoritative body of the Curacao jurisdiction has been established to act as an intermediary between the online gaming establishments holding a license from the Board, and later to ensure the e-gaming Licensing Authority are abiding by all rules, and decide whether there is need for legal action or not.

Once all legislative and executive bodies have been formed, Curacao ended up having the status of one of the most desired license issuers in the industry. Thus, it became a target to numerous operators of all kinds of games of luck, chance and skill – online casinos, poker rooms, sportsbooks, bingo and lottery establishments and all others that can be considered part of this category. However, there was more to its popularity than the longevity of its presence in the industry.

Just like anything else, this legal entity has its good and bad sides, which ultimately end up being advantageous or disadvantageous for the licensee, the players and the license issuer itself. When it comes to advantages accompanying a Curacao e-gaming license, it is safe to say that the operators are those that profit the most. There are several arguments that back this claim, as illustrated below.

For one, the license issued by this authority is not one that is specifically directed at this kind of business establishment – it is a general business license that allows any corporation to freely operate. For this purpose, they set up their servers at this location, and have ultimately influenced the development of an entire Curacao e-gaming area where licensees hold their respective offices.

Another argument that supports this claim is the prerequisites imposed by the Authority upon obtaining their license. Namely, this authority has some of the most lenient legal online gambling rules and regulations, which is why most operators choose to be licensed by them instead of another authority known for stringent and highly demanding provisions prior to licensing.

Another lure for gambling operators is the the country’s taxation policy which is attractive to say the least. To put it in numbers, the country has a general taxation policy that suits these kinds of establishments immensely. They subject all registered companies to a minute 2% tax on their income, i.e. their overall corporate profits. On the other hand, there are no taxes imposed on the wagers placed at the sites, so all they have to do is pay 2% out of all the in-flowing finances they have to keep the matter legal.

Understandably, should the advantages mainly work for the licensees, they are bound to pose as disadvantages for the respective clients – the players. There are two general matters in which this group of online gamblers would be found in such a situation.

One matter is submitting complaints – should the player feel like they have been wronged in any way or may have indications of the operator’s unlawful behaviour, they will not find proper support in this e-gaming licensing authority. That is not due to the fact that they are corrupt, but because they are not specialized in the industry of e-gaming.

The other matter is related to a specific law in the isle that happens to apply to this set of services as well – the use of currencies. According to the legal regulation, US$ are the only currency in which licensed businesses are able to perform their daily operations. While the American dollar is a widely available and massively used currency, players from all other countries which use a different currency are bound to face hefty fees for conversion, both during deposit and withdrawal transactions.

All in all, there is no exact number of operators that are licensed and regulated by this specific authority. Nonetheless, learning more about the fees necessary in order to obtain this license, you could assume the massive amount of operators that have been willing to buy their way into the legal online gambling market.

To conclude, such e-gaming jurisdictions and licensing authorities exist with the purpose of keeping everyone’s rights intact or reprimanding them if need be. However, there is no legal action against either parties’ urge to mistreat each other, which is why players are generally advised to be cautious in their choice and actions.