With a name so aptly fitting for the iGaming industry, it’s no wonder the software developer Playtech is now considered to be one of the best.

However, due to legality issues they have had to overcome many obstacles, and could even be considered the MySpace in the world of online casinos, in that these obstacles have left it falling behind the top leading software providers such as Microgaming and NetEnt which are the Facebook and Youtube of the industry. These issues have also impacted both Aussie and US players, which we will discuss below.

Nevertheless, Playtech has some of the best pokies available which shouldn’t be overlooked, and we can find many of these at some of our favourite web casinos.

Where to play Playtech games?

The best place to find a multitude of Playtech pokies is at Slots Million. It is easy to find these titles here too since they have a software filter located on the left hand side of the screen. Simply check the box next to Playtech under the ‘Software Provider’ category and you will be able to view all of the Playtech titles available.

Another recommended Web casino of ours that offers Playtech, is Thrills. In 2014 they signed on to Playtech’s Open Platform and Thrills updated their catalogue with some of their popular Playtech pokies. However, you will find more at Slots Millions for now.

Playtech was established by an Israeli man, Teddy Sagi, as a software provider in 1999 and have since climbed up the ranks in terms of games and their quality.

While they have received many awards over the years, they have also faced many obstacles in terms of who can access their games. When the Unlawful Internet Gaming Enforcement Act of 2006 was implemented in the US, Playtech found it too difficult to offer their games to players in the US, in relation to liability and therefore blocked US players from their games.

There has also been some ambiguity surrounding Aussie players, but these have been cleared up in terms of their pokies catalogue and Aussie players can now access Playtech slots at the aforementioned recommended web casinos.

From unique themed pokies, to TV and movie slots, Playtech have an extensive high quality pokies catalogue available for Aussies to play via Flash software.

Playtech was the first software provider that the Philippines Amusement and Gaming Corporation (PAGCOR) allowed its licensees to use, which was massive with this licensing body serving many black and grey markets in Asian iGaming.

The company has also announced plans to enter the regulated Switzerland market in 2019 through its partnership with Swiss Casinos Group, with this deal expected to begin to reap rewards in the first half of the year.

The Playtech slots catalogue is full of state of the art graphics with incredible audio, as well as bonuses which are bound to keep players coming back for more. There are over 80 Playtech pokies at Slots Millions, and while there are only a few at Thrills they will no doubt continue to update their catalogue with the popular Playtech pokies.

Some of their most popular online real money pokies games include: 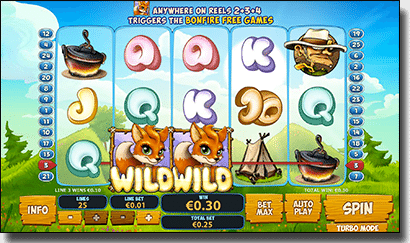 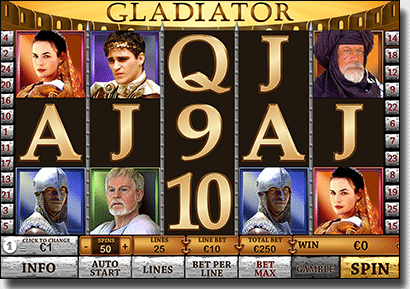 Besides the obvious fact that the Sopranos is arguably one of the best HBO series available and therefore the slot machine has to be equally as good, The Sopranos by Playtech has a massive six feature games. This is more than the usual number of bonus features in standard video slots.

Because Playtech got the rights to feature all our favourite characters, including Tony Soprano, this slot instantly fits the TV and movie theme category more so than other software providers have done (some software providers use animations as they can’t get the rights to use the actors). Johnny, Bobby, Christopher, Paulie and Artie all appear too, and if you need a Soprano fix simply watch the video intro.

For those who have been living under a rock, The Sopranos TV show follows a group of mobsters, and thanks to Playtech you get to join in their activities.

The base game offers the goods, with a Raid Bonus triggered at random. Here four envelopes will appear, some holding two times your bet. You will then get to hide them in four different hideouts, with two raided and the other two amounts added to your account.

Next up is the Bada Bing Bonus activated by three of the Bada Bing symbols on reels two, three and four in the base game. You then pick from one of the five aforementioned characters from the TV show where you receive a prize and a chance to meet with Tony Soprano himself.

The best feature of all however is the Crime Family Free Spins feature, activated by three Scatter symbols (the Sopranos logo). It features four levels, Solider, Capo, Boss, and Family, with 65 free spins all up, multipliers, and huge wins.

Just like the show, this slot goes all out, but is only available at Slots Million.

This wolf-themed slot hasn’t just been included because of the interesting and unique theme but because it is a high variance slot, meaning instead of regular small payouts, players receive a big amount whenever they trigger a win. While these wins aren’t as common as low variance slots, when players do win, it’s well worth it.

Over 5 reels with 20 paylines Full Moon Fortunes follows that classic myth of a man turning into a wolf when a full moon appears. The creepy video intro really sets the mood and if your a horror film buff this slot will definitely appeal to you. But for those who aren’t here for the fear factor you should still give it a spin as there is a 25x multiplier on offer.

To make this possible, land at least three Scatter symbols as per usual (which are the Tomb Stone symbols) to score a free spin. Land four and you will get two free spins, with a 2x multiplier, while landing five symbols will get your three free spins and a 3x multiplier. From here, you will be given the chance to pick off Grave Stones to enter a bonus round where players can end up receiving 20 free spins and a multiplier of 20x attached.

Additionally, if you spin five Wild symbols (the howling werewolf) you will score a 500 coin jackpot. They also substitute for every symbol but the Scatter. But that’s not all that happens with the Wild symbol. When a full moon appears on the fifth reel every Dr Blackwood symbol turns Wild and a 5x multiplier is applied.

As you can see this is quite an exciting slot and it is available at both Slots Million and Thrills online casino.

Our thoughts of Playtech

Playtech have the ability to blur the lines between pop culture and gambling with their entertaining slots. The use of video scenes that are quite fitting, and not oddly placed, add to the quality of the pokies.

Additionally, the bonuses with large amounts of free spins and multipliers are what make each individual slot in the pokies catalogue so appealing.

While there aren’t as many casinos, as there are with Microgaming and NetEnt, to access pokies by Playtech, it is still worthwhile checking these games out at our recommended casinos listed above.