THE online casino industry in Puerto Rico falls under a grey area, meaning there are none hosted in this country, but there is also no laws stopping its citizens from gambling at offshore sites.

Many of the world’s best online casino companies accept players from Puerto Rico and will do for the foreseeable future with no plans to change the laws surrounding them anytime soon.

This article will guide you through how to play at online casinos, the history of gambling in Puerto Rico and give you a general overview of everything you need to know.

Because of the fact that Puerto Rico falls under the governance of the United States, the answer to this is – no. Or at least, not legally. The country has basically followed the lead of the majority of American states by only permitting its residents to place bets online for horse racing events.

When it comes to casinos, other sports betting, poker and other such options though, Puerto Rico doesn’t provide any legal methods of doing this from within the country. This only applies to the online sector though, as the offline gambling industry is a different situation altogether. The only online betting site that citizens of this country can access is the one that was opened in March of 2012 – GanaDondeSea.com. This one allows residents to complete their horse racing bets online instead of visiting a land-based establishment. Residents of Puerto Rico must be 21 years of age to be able to place bets there. 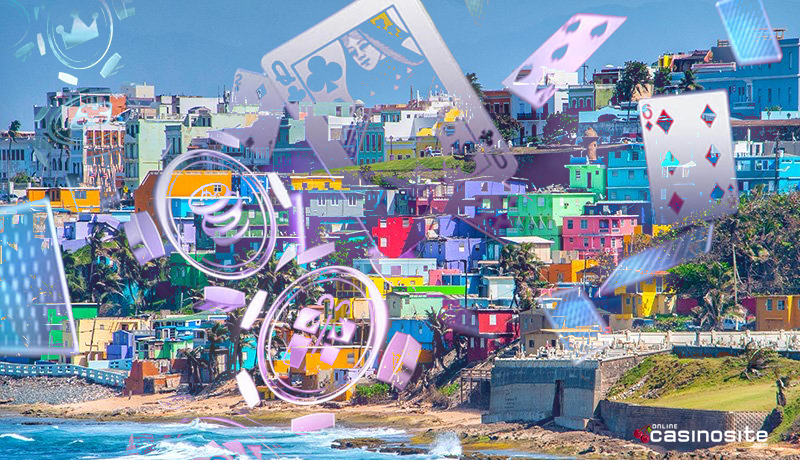 That being said, as with many other things in the United States, when it comes to gambling, players who wish to access online casinos do have a way around the laws. This results in them accessing offshore online casinos instead, which the government isn’t really able to control on a high level. Therefore, while it may be considered illegal within Puerto Rico, there’s little to stop citizens from joining and playing at foreign-based platforms. In this respect, you’ll find that gambling on foreign online betting sites is not really a criminal activity in Puerto Rico and many sites welcome players from the island quite openly.

With so many online casinos out there it can be quite daunting choosing one that has the game that you wish to play. As a general rule you won’t find casinos dedicated solely to blackjack, or just to roulette, instead most casinos will have hundreds of different titles available to play for real money. Read our guides to for more information about specific casino games.

Being a part of the United States of America isn’t all bad as it means that Puerto Rico gets to use the American Dollar as its currency. This is great news for online casino gamblers, because the vast majority of them accept deposits and gameplay in this currency. Even though this is the case, because it’s still considered as US territory, a payment processor is necessary to use rather than standard bank transactions. This is due to the fact that the Unlawful Internet Gambling Enforcement (UIGEA) Act of 2006, which stops standard bank transactions taking place. Some of the possible payment methods that you can use from Puerto Rico include:

History of gambling in Puerto Rico

You needn’t look much farther than the United States laws on gambling to discover what is legal and illegal in Puerto Rico. As it stands though, almost all forms of land-based gambling are quite legal on the island. This includes casino games, lotteries, bingo, horse racing and cockfighting. Puerto Rico plays host to 19 brick-and-mortar establishments for casino games, as well as a single horse racing track and multiple cockfighting arenas alongside. This remains as the only territory of the USA that accepts and regulates blood sports of this nature. It’s quite a controversial standing for Puerto Rico actually. Those territories which aren’t incorporated into the mainland of the United States can elect regulators and pass their own laws, although the US Congress has the right to make such laws null and void if they so wish.

This is why all restrictions relating to online gambling in the USA on a federal level apply to the island of Puerto Rico as well. Therefore, online gambling is only allowed on what is known as an intrastate level. By this, it means that the sharing of player pools is not possible across state or country borders and online sports betting is completely outlawed altogether (with the exception of the official horse racing platform that was established in 2012).

2018 has been a huge year of change in the US in relation to sports betting but it is yet to be determined what stance Puerto Rico will take on this past-time as it is slowly legalised across the 50 states.

As it stands, according to the aforementioned UIGEA, all financial transactions that relate to unlawful online gambling are classified as illegal. That’s why some online platforms will not accept card deposits from people in the United States or based in US territories. This doesn’t pertain to all casinos, but quite a few of them won’t even allow players from such countries to attempt card deposits. Alongside this law is the Wire Act of 1961. This expressly outlaws any form of interstate electronic communication transmissions that relate to gambling. This pertains to interstate online gambling according to the law, so both of these federal laws apply to Puerto Rico as well.

That being said, Puerto Rican players who wish to satisfy their gambling and casino gaming needs do have the ability to access multiple offshore platforms. Granted, there isn’t as many of these available as there is to other non-US countries, but it does provide an outlet for citizens of Puerto Rico to enjoy casino gameplay. As spoken of earlier, gamers will need to deposit at these platforms by using an online payment processor or some form of cryptocurrency due to the UIGEA law. However, despite this, there is a nice group of online casinos that very much welcome US players, and this, like the rest of it, incorporates gamers from Puerto Rico too.

The Commonwealth of Puerto Rico exists as an unincorporated territory of the United States of America. Because of this being the case, its rules and regulations surrounding gambling on the whole fall in line with those set up by the Supreme Court of the United States. The island, which exists in the northeast Caribbean Sea and is directly to the right of the Dominican Republic and on the left of the British and US Virgin Islands, sees that all people born there are considered to be US citizens. Therefore, they may move freely between the island and the mainland. Let’s find out more about the status of gambling in Puerto Rico though.