The first thing you notice when you start playing Cloud Quest is it doesn’t look or feel like a normal poker machine. Instead of the usual 5 reels and 3 (sometimes 4) rows we are used to seeing are scrapped with the title offering a 5×5 grid.

While Cloud Quest’s unique layout is an exciting addition from the usual pokies format and has grabbed our attention, we need to figure out whether or not Play’n Go have created a unique designed game worth our wagers.

How to play Cloud Quest

Cloud Quest is based on a group of superheroes defeating monsters, and it seems to have more of an arcade game feel instead of a real money pokie feel.

While weapons, shields, and magic potions appear on the grid, players still need to spin at least three symbols to win – though it pays all ways so you can spin and win across any vertical, diagonal or horizontal line.

The grid layout isn’t a new thing for Play’n Go – they’ve become quite famous for it especially with their popular title Gemix. Additionally, the 5×5 grid is also a common layout for the software developer, but we’ve never seen a title where the Free Spins feature see the grid transform into a 3 reel and one payline pokie.

What’s more, there are five levels to work your way through in order to win up to 2500x your bet by defeating your opponents in the bonus rounds.

The soundtrack is quite dramatic and there are unique audio effects which fill your speakers every time you click spin. You can mute the audio in the bottom left hand corner however.

Play’n Go have done an excellent job when it comes to the detail of each symbol – they all tie in perfectly with the theme too.

There are seven low paying symbols – with the payout dependant on your bet – and these include power stones, shields, swords and more, with the red sword being the top paying symbol out of this group.

The middle/high value symbols include the three superheroes, including a green heroine, a red hero, and a purple wizard (looks like a blob with a hat however).

Check the paytable in accordance to your bet size in order to view the payout amounts by landing at least three of any of the same symbols, horizontally, diagonally or vertically. The highest paying symbol is the Wild, while you should also keep an eye out for the Bonus symbol.

There are a number of bonus features found on Cloud Quest, as detailed below.

The more times you get the Free Spins feature, the more the metre will fill up, located to the left of the grid, and you will advance levels, as per the payout table.

Cloud Quest is an incredibly unique pokie. However, we aren’t sure if we are a fan just yet but we could come around. The grid format makes you feel as though you are playing an arcade style game – and the HD graphics really add to this ambience.

With a new goal of trying to clear the whole grid of symbols – since they aren’t replaced with new ones which we would probably prefer – the game is quite different. The reward of up to 20 free spins makes it a somewhat fun goal, however we found it was quite difficult to do.

When we did, the format of a one payline pokie was odd but defeating the opponents to move up a level was easy and we earned nine extra free spins, so it was worth the wait.

The Re-Spin feature on the other hand is an exciting way to get a win, with four extra features allocated randomly to mix gameplay up. 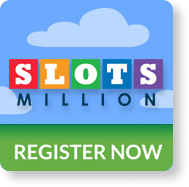 Play’n Go is the leading software developer behind mobile pokies, so naturally Cloud Quest can be played on your Windows, Apple, Android, or Blackberry smartphone or tablet. Tap one of our casino links to be taken to a secure mobile catalogue where you will find the HTML5 optimised title.

Overall, the unique title by Play’n Go won’t be for everyone but it is a fresh take on the usual pokies we see from other providers, which may appeal to you if you enjoy the arcade gaming feel.