Spain is a country known for being quite relaxed, with residents even being recognised for taking siestas in the afternoons to escape the hot sun. This relaxed attitude is also relative to the country’s gambling laws as a whole. In fact, Spanish citizens have quite the attraction to gambling, with some estimates claiming over €1.9 billion is pumped into the industry on an annual basis.

To put it bluntly, yes you can gamble online from within Spain. All forms of online and offline gambling are actually legal within the country. And all forms are also regulated there. The power for this gambling regulation is given between the state and the different authorities of each of the country’s individual regions. However, generally speaking, the state legislation is what applies to the online gambling world, while land-based platforms fall under the regulations of the various regional authority groups. 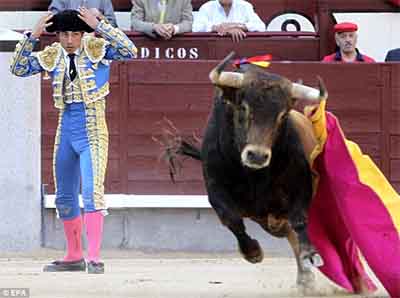 This means that on a national level throughout Spain, the regulatory body that overlooks the control of the Spanish gambling scene is the General Directorate for the Regulation of Gambling Activities (Dirección General de Ordenación del Juego).

This company is also responsible for providing gambling licences to operators within the country. Laws within Spain that relate to and regulate the gambling industry have been in action since 2011. However, even prior to that time, Spain had many citizens who were interested in and participating in gambling.

The 2011 Spanish Gambling Act simply brought in regulations that also catered to the online gambling industry within the country. All online gambling operators that exist within Spain need to acquire a licence from the proper authorities to be able to offer their services to the country’s gambling market.

Licensing in Spain works in a couple of steps, with online operators needing to hold a General Licence first of all, but then a secondary Specific Licence. The latter of these relates to the type of gambling game that the operator wishes to offer. There are various ones of these available, including ones for fixed-odds betting, roulette, slots, blackjack, poker and more.

Online casinos allow you to play many variations of classic casino games including slots and all types of table games. Generally if you are a table games specialist you will find live dealer games are the way to go. Read our handy guides to find out more about specific games types:

Spain makes up a part of the European Union and therefore utilises the Euro as its national currency. This came in and overtook the Spanish Peseta back in 1999. With this being the case, there are many online platforms that will cater to depositing and playing in Euros.

Furthermore, the majority of online casinos that offer their services to the Spanish market will also provide various payment methods for players to utilise. In terms of these payment methods, Spanish players will have the opportunity to use options like:

Today, Spain has a very liberal layout when it comes to the laws and regulations relating to gambling. This relates to both online and offline gambling activities within Spain, so citizens are able to enjoy any form of gambling, as long as the company working as operator holds a valid licence.

Speaking of which, there are several land-based casinos in Spain, which cater residents of the country as well as visitors. In fact, some of the biggest casinos in Europe exist within Spain, such as Casino Barcelona and Casino Gran Via. The country plays host to over 40 brick-and-mortar establishments and, as mentioned earlier, the physical location of these depends upon the type of regulation that they fall under.

This is due to the fact that each regional authority has the power to accept the construction of and regulate all casinos within their districts. Spain actually has more land-based platforms than online casino offerings, meaning that Spanish players actually have to visit offshore online casinos more often than not. While this is certainly frowned upon by the Spanish government and could potentially be considered illegal, citizens are not punished for doing such.

Gambling itself has been officially legal in Spain for over 30 years, although things changed in 2011 when the aforementioned Spanish Gambling Act came into play. Prior to this, the 17 autonomous communities in Spain, including the Balearic Islands, Madrid and Castile, oversaw all kinds of gambling in the country.

Therefore, it was each separate region that provided regulations and laws for each of the established casinos. However, with the introduction of the 2011 laws, online casinos in Spain were also made legal. Operators are taxed a total of 25% of their gross revenue, while unlicensed sites within the country will be blocked by the Spanish Internet Service Providers.

However, there aren’t a huge number of casinos in the online world that base themselves within Spain and hold a Spanish gambling licence. Instead, people wishing to access casino games from the country find themselves joining and playing at foreign casino sites. This is by no means something that is specifically bad for them though, as plenty of casinos are now available to view in Spanish language too.

Despite the fact that there are stringent regulations in place that relate to gambling operators in Spain, anyone in the country accessing a licensed or unlicensed foreign-based platform will not really be punished on a high level. The government has difficulties keeping control over this kind of activity, so there are always possibilities for playing online casino games from within Spain. Therefore, all forms of gambling are legal and fully regulated within the country.

Spain exists as one of the most well-known countries in Europe, having a long and storied history to its name. Located on the Iberian Peninsula for the most part, Spain is bordered to its west by Portugal, to the north-east by France and Andorra and is also the owner of two large archipelagos – the Canary Islands and the Balearic Islands.