Aristocrat is an Australian-owned and Australian-based company, with Headquarters located in Sydney, and was officially listed on the Australian Stock Exchange as of July 1996. It produced its first live slot machine game in 1953 and has always worked to create one of the greatest player gaming experience. Aristocrat’s portfolio now extends from quality land-based electronic slot machine services to the new realm of online pokies and gaming technologies, which it distributes to regulated operators within regulated markets.

Aristocrat Leisure Limited is one of the largest names in the pokies and gaming industry in the world, with their games spread across online casino sites and land-based live casino venues. So why can’t Australians play their games? Can international players enjoy them? This article explains.

Unfortunately, while Aristocrat’s premium live pokies services crowd brick and mortar casinos around Australia, its online catalogue cannot be accessed by Australian residents due to current gambling laws. As the biggest gaming machine manufacturer and distributor in the country, Aristocrat has too big a stake in the entertainment industry to risk losing its gaming license; a danger which could become a reality if it chose to offer its online services to residents of Australia, due to the country’s Interactive Gambling Act (IGA) of 2001.

The IGA, which was passed by the John Howard-led government, makes it an offense for Aussie online casinos to offer real money online and interactive services to Australian citizens. Both local and offshore companies are subject to this law, however there has never been a serious attempt to thwart foreign companies from marketing their gaming services to the Aussie public. 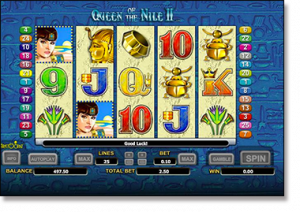 Residents, which cannot be persecuted for accessing and using such real money interactive services, can enjoy a wide range of high quality casino and other gambling games from overseas-based trusted and regulated software studios, such as Microgaming, BetSoft, Net Entertainment, Evolution Gaming and Ezugi. You can access their games at the licensed and registered online casinos recommended on our site.

However, because Aristocrat is headquartered in Australia, the current government would have no trouble cracking down on a locally-owned business which offered Australian currency pokies services to its residents, with fines of up to $1.1 million per day a potential penalty.

The IGA does not restrict gaming companies from offering and advertising their services to gamblers located outside of Australia, and Aristocrat markets is services to approximately 200 jurisdictions around the globe. This includes many regulated European gambling markets, so if you happen to be an Australian traveling or living overseas in one of these countries, feel free to enjoy the graphically-advanced online gaming technologies developed by Aristocrat. If you are also a resident of another country such as the United Kingdom or United States, you can freely play Aristocrat’s excellent online pokies game catalogue at offshore casino sites without the need to worry about legalities.

Aristocrat maintains high levels of respect and integrity, partnering with governments and regulatory bodies to ensure it fulfils its responsibilities as an interactive gaming developing business.

Some of Aristocrat’s most famous land-based pokies games have now been transformed into online and mobile slots, with all the bonus, wild, scatter and gamble features making a seamless transition to the connected world of interactivity and innovation.

Aristocrat doesn’t just deal exclusively with slot machines. It also has its hand in online card games and other electronic table games, as well as its linked progressive jackpot games (known as the Hyperlink system).

So while Australians can’t access Aristocrat’s real money online slot and other games (due to laws which we believe to be contradictory and outdated), we hold the gaming company in high esteem due to the quality, respect and diversity it has produced and continues to produce.