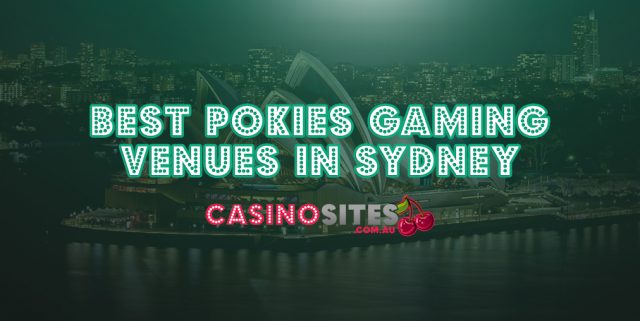 Sydney is the capital city of New South Wales and is also one of the largest cities in Australia, with a growing population of 4.2 million. If you are looking to enjoy the best casino and gaming entertainment during your stay in Sydney, then we are here to help – with reviews and details below for some of the major venues in the city to enjoy a flutter, as well as online casino alternatives for when you want to play the pokies from the comfort of home on your mobile or computer.

Formerly a bustling hub of fun and entertainment, the city has been rocked by lockout laws which came into effect in 2014, with legislation now requiring a 1.30am lockout and 3am last drinks for every hotel, registered club, nightclub and licenced karaoke bars across the CBD. The only major venue exempt from these laws is the state’s largest wagering venue, Star City, which is based in Pyrmont.

The office of Liquor and Gaming oversees the regulatory framework for all gaming and wagering activities within NSW.

Wagering is regulated under the Betting and Racing Act 1998 which outlines who may offer betting services, the events on which betting is permitted as well as additional requirements that betting service providers must comply with.

It is estimated that of the world’s gaming machines, 20 per cent are within Australia. Currently, there are 93,364 registered gaming machines within the state, with a record $73 billion pumped through them throughout the 2014-2015 financial year.

The local government area with the highest turnover was Fairfield, with gamblers pushing $7.6 billion through 3300 machines during the same period. Pokies machines in NSW must pay back 85 per cent of the money wagered on it per annum.

Star City is the second largest casino in Australia behind Melbourne’s Crown Casino. Opened in November 1997 – five months ahead of schedule – Star City was developed by Leighton Properties and built by CPB Contractors.

With over 1,500 pokies and 160 gaming tables it is unparalleled as the ultimate gaming venue within the state. Additionally, it also features the 2,000-seat Lyric Theatre, a 900-seat showroom, seven restaurants, five bars, a nightclub, a private gaming room, shopping and food outlets, corporate meeting rooms, a hotel and residential facilities as well as an underground carpark catering for 2,500 vehicles.

The slots machines on offer at Star City Casino are dotted all around the casino floor and come in all different shapes and sizes, ranging all the way from your basic playing classic slots all the way through to the all action bonus video slots. Numerous leading pokies manufacturers also call Star City home including Aristocrat – the number one land based machine manufacturer in Australia.

Boasting high-end restaurants, brilliant bars, luxurious accommodation, an exquisite day spa, a thriving nightclub and a world-class casino, Star City is fast becoming one of the major attractions offered in the Harbor City. However, Star City is not the only venue which offers gaming – and specifically pokies – with most licensed pubs and clubs around the city featuring a variety of your favourite slots games.

There is plenty on offer at Star City besides gaming machines, with a stack of classic casino games such as blackjack, craps, baccarat, poker and roulette featured on the gaming floor – all with different stakes levels to suit all types of players.

There are also niche games to enjoy at Star City, with Pai Gow, Big Wheel, Casino War and Sic Bo also available to be played 24/7.

For the big time players, Star Casino also has a lavish world of private gaming worlds for their VIP players – however these are invitation only. You can apply for membership as an international, interstate or local member of Star City, with eligible members entitled to the premium membership access and benefits.

Sydney is packed full of venues with pokies lounges for its patrons, making it easy to find somewhere with the latest gaming machines to enjoy a flutter on your next night out. However, we know how confusing it can be to suss out joints in such a big city, so we have highlighted some of the most easily accessible venues offering slots machines within the Sydney CBD.

Alternatives to playing the pokies at Sydney venues

Do you feel like experiencing the thrill of winning big without the hassle of leaving the comfort of your own home? If so, you are in luck because the world of online casinos is booming, giving gamblers the opportunity to play their favourite games anywhere, anytime on their computer, mobile phone or tablet.

Playing for free or real money, there are a multitude of options out there waiting for you – whether you love slots, poker, blackjack, roulette – or any other game offered at a brick-and-mortar casino, we guarantee there is an online alternative just waiting for you.

Slots Million – This is the premium specialist pokies casino available online for Australian bettors. With over 1300 pokies games available, they range from your classic three-reel slots, through to your modern five reel games as well as progressive jackpots which offer millions of dollars in prizes.

G’Day – This Aussie themed-casino supports the best providers in the business as mentioned above, with a generous unlimited welcome deposit bonus to maximise your chances of winning big.

Guts – This is one of our top rated online casino for Australian and international pokies aficionados who want to play for real money. Founded in 2013, it has quickly established long-standing reputation for quality and safety among Australian pokies enthusiasts.

There are several software studios such as Microgaming and Net Entertainment which have forged their names as leaders in the online gaming world. These companies offer premium quality products with the best 3D animation and graphics, smooth gameplay and most importantly massive jackpots on their progressive pokies games which easily rival any jackpots you would find at a land-based casino such as Star City.

You also don’t have to worry about safety, with all of the leading online casinos recommended by this website offering their players the highest standards of security, with high end encryption software enabled to protect your personal and banking details at all times.

Another perk of playing at an online casino is that you receive free spins and cash upon signing-up through our recommended sites – allowing you to maximise your chances of winning right from the get-go.