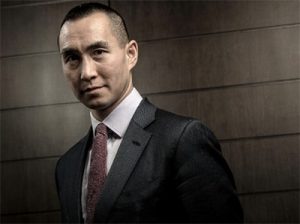 The head of Melco Resorts and Entertainment has slammed Crown Resorts following the divestment of its joint venture.

Mr Ho was referring to the incident in mainland China last year where 19 Crown employees and associates were arrested. Their accommodation was raided and communication devices were seized following their arrests. It was reported the group were illegally targeting VIP Chinese players.

At the time of writing, the majority of the staff remain behind bars in a Shanghai detention centre.

Mr Ho said the staff, along with employees from a South Korean casino – who were arrested under similar circumstances in 2015 – did not go the right way about attracting Chinese VIPs.

He addressed the incidents in an interview with the Financial Times, noting the laws in China, which prohibit all gambling and real money casino marketing on the mainland.

“In all of those instances, you had casino sales people running around offering credit, talking about collection . . . it wasn’t discreet,” Mr Ho said.

“That’s what caught their attention: ‘like what the hell, you’re deliberately spitting on our faces’.”

Mr Ho revealed he had recommended lawyers to Mr Packer but did not become involved in the case, adding that Melco’s ” marketing activities and Crown’s were totally separate”.

A spokesman later noted Mr Ho was not “singling out Crown” in the interview, instead, he was making “general comments on the industry overall”.

While his business partnership with Mr Packer has ended, Mr Ho is not the first to point out where Crown went wrong in the entire ordeal.

Just one month after the arrests were made a Macau junket investor said Crown had been “too aggressive” in getting Chinese gamblers to come back to Australian casinos to increase VIP revenue. He suggested the lack of a junket middleman had been their downfall.

Mr Packer ended the long partnership with Mr Ho when he sold his remaining stake in the in Hong Kong­-listed group, Melco International Development. It was reportedly sold for $1.16billion.

“But my view and his view on China and the world was different at that time.

“I wanted to double up and he wanted to focus more on his domestic Australian assets.”

The sale came a few months after Packer announced he was returning to the Crown Resorts board – it was recently approved by the NSW Independent Liquor Gaming Authority.

Prior to this, a shakedown in management occurred and Crown’s chairman, Robert Rankin, stepped down. He was replaced by John Alexander who has been pivotal in the company’s cost-cutting strategy.

When it comes to the detained staff, they have finally seen some progress. Last month we reported their case was handed to a local prosecutor. Since it is being handled at a district level, rather than a city or national level it is hoped the employees will face charges for promoting illegal gambling, instead of money laundering which would see a longer and heftier sentence.

The land-based casino industry dominates Australia, Macau and countries all over the world. If you’re looking to play online and from the comfort of you’re own home instead, players from United States can play at BetOnline Casino, a secure online casino.