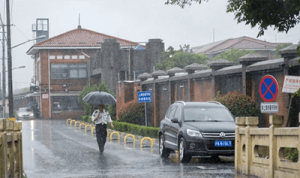 Yesterday we revealed the case is making some headway as the police have handed it over to a local prosecutor.

Now we have more information that three junior staff were released on bail last year while 14 staff and two former employees of James Packer’s Crown casino remain behind bars.

We previously reported Crown’s Chinese national  Jenny Jiang, was released on bail shortly after the raids but it has come to light two of her colleagues were bailed out with her.

Despite an investigation by ABC’s Four Corners , limited details on who and why the staff were detained at Shanghai’s Detention Centre was made available. Conditions the employees may be experiencing was reported, including details about a cage which the group may be interrogated in, as revealed by a former detainee.

There are now reports police are looking into Crowns’ longer-term business operations, instead of the circumstances leading up to the raid which occurred on October 13.

Media outlets, including The Australian, have suggested the police were tipped off a by a high-roller who owed money to the casino group, but it is becoming clear Chinese authorities had the Crown VIP sector flagged for quite some time.

The employees have already spent seven months in jail in China, and there has been little to no indication when the Australian casino court case will be tried in court.

We reported the Shanghai’s Baoshan District People’s Procurator now has the case which is a step closer to determining what the charges may be.

Shanghai criminal lawyer, Si Weijiang, who is on the case has revealed it will likely take another three months for the prosecutor to review what the police has compiled until the local court receives it and a trial date is set.

Mr Si did say the prosecutor could send the case back to the police for further investigation which could delay the court date.

Since it is at district level, instead of city or national-level, the charges won’t be as significant as more serious offences would incur, such as money laundering. Still, the group could be facing up to three years in jail for gambling offences.

Another source revealed those released on bail could face lighter chargers since they were allegedly involved in administration roles.

There’s four Australians reportedly among the group being detained, one being the head of the Crown’s international VIP business, Jason O’Connor, and another a former employee of Crown Resorts. The two others were based in China.

A similar incident occurred in 2015 when 14 South Koreans who worked for major land-based casinos were detained in China. They were released after serving 18 months in jail.

If you’re looking to play at a casino, consider an online gambling site which you can access from the comfort of your own home. Players from United States can play at BetOnline Casino safely and enjoy a range of real money baccarat games, along with a variety of other casino titles.