Guts Casino signs up for new partnership with Microgaming Poker 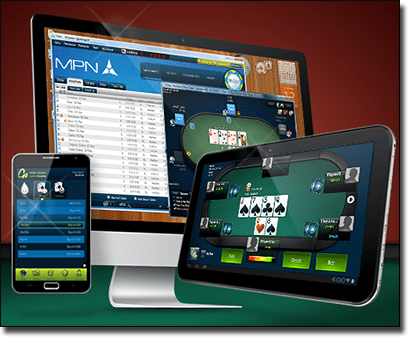 At CasinoSites, Guts has long been one of our favourite online casinos, so we couldn’t be more thrilled with the news that Guts.com has announced it will be joining the Microgaming Poker Network (MPN).

The game catalogue at www.Guts.com is already extensive and by joining the MPN, the casino will be able to extend its services to even more players in more locales, with the exciting addition of poker tournaments.

The MPN is one of the world’s most established online poker networks, with over 30 highly reputable brands operating over the network including another of our favourites, 32Red. Guts will join these operators to provide player focused poker rooms and become part of the fast expanding MPN Poker Tour.

The MPN is licensed by the Isle of Man and has been in operation since 2003.The network has won several awards including the highly coveted eGR Poker Network of the Year (twice) and Poker Software of the Year.

Frode Fagerli, co-owner of Guts Casino is excited about the possibilities that joining the MPN will bring for his venue. “We believe MPN has shown great progress in terms of acquiring more brands to join their Poker Network,” Frode said. “Microgaming has proven to be one of the best networks on the market, and we’re excited to join them, and we expect the network to grow in the future.”

Frode acknowledged although online poker hasn’t been as popular in recent years, the demand for live dealer poker has increased, bringing a new world of possibilities. “Even though online poker has had a decrease in activity over the last few years, we see an increase in the live scene of poker. Creating a link between live and online poker is essential in order to run a good poker room. By offering live events, the players will engage and interact with the operator, which again will bring back activity to the online scene.”

Microgaming’s Head of Poker, Alex Scott, shared the excitement. “It’s great to see Guts.com recognise the MPN as a progressive network. Guts.com are joining us at a very exciting time, and we look forward to working with them closely over the coming months, in the build up to launch.”

Guts already hosts a long list of Microgaming casino games, along with popular pokies titles like Game of Thrones, Mega Moolah, Girls with Guns, Avalon, Immortal Romance and The Dark Knight. This new collaboration signifies more room for growth between Guts and Microgaming and the team here at CasinoSites.com.au is certainly looking forward to things to come.

Robin Reed, CEO of Guts parent company, the Gaming Innovation Group said that, “Gaming Innovation Group originated from the poker industry thus this beautiful game is in our DNA. We are thrilled by the prospects of building a great player experience by promoting poker at the intersection of sports and social entertainment. Microgaming is an institution in online poker, and are continuing to display its commitment to the game through rapid product innovations and a popular live tour.”

Where can I play at the MPN?

The MPN is set to launch at Guts towards the end of 2015, so there’s plenty of time to register at Guts Casino and familiarise yourself with the site in preparation for what’s sure to become a go-to poker destination. If you are from a country excluded from Guts, an alternative we recommend checking out that also is part of the MPN is Royal Vegas Casino, popular for its generous welcome sign up bonuses and high quality real money games catalogue.