For those who’ve spent time gambling online at a live dealer casino, you may have been scratching your head as to where exactly these games were being streamed from. The studios are so life like, resembling sophisticated bricks and mortar casinos with well-presented dealers executing the same high level of professionalism you’d expect to find at The Crown or The Star. But if you were wondering whether these games are filmed in Australia, the answer is no.

Live dealer online casinos – where are they filmed?

Live dealer games are filmed offshore from highly established, state-of-the-art production studios backed by dedicated production teams. More than just the table and the croupier you see when playing live dealer games, there is a whole behind the scenes team working to ensure the games run smoothly and that the studio is flawlessly presented at all times. Live dealer studios employ croupiers from a range of nationalities to ensure the casino can extend its service to players of all languages.

Curious to know more? We explore some of the studios behind our favourite live dealer gaming providers below. 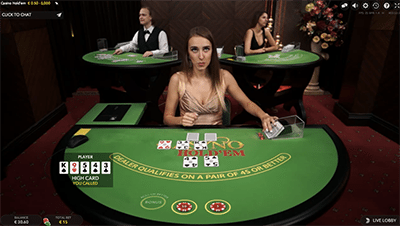 Evolution Gaming is one of the leaders in live dealer gaming, setting a benchmark for other software companies to aspire to. Their live dealer games operate out of two purpose built, high-tech studios, one based in the Latvian capital of Riga and the other in the prominent gambling jurisdiction of Malta. Between these two advanced casino studios, Evolution Gaming operates more live game tables than any other land based operator in Europe.

The Latvian studio is the larger of the two and is the biggest live dealer casino studio in the world, while the Malta location caters to the international dealer teams and employs native speakers from multiple countries. Both studios share the same level of high standards, offering generic shared tables as well as bespoke tables that have been completely customised to the requirements of specific operators.

Evolution’s dealers are all professional, courteous and well presented, with the Blackjack Party co-hosts even receiving training for television to ensure the highest level of live service. You can play Evolution Gaming’s incredible range of live dealer games including blackjack, roulette, baccarat and Blackjack Party at Royal Vegas Casino. 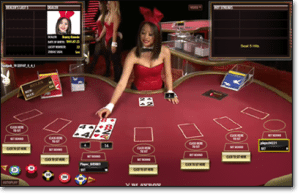 Microgaming is one of the most recognised and highly trusted names in the online casino bizz. The Microgaming live dealer studio is located in Toronto, Canada making it the only reputable gaming provider operating out of North America, although the company itself is licensed by the Isle of Man and regulated by the UK Gambling Commission. Microgaming’s studios are classy and sophisticated, as one would expect from a company of this calibre, with dealers who are polite, attractive and well spoken. The North American studio location means live dealer games are mostly limited to English speaking croupiers.

This is the studio responsible for the Playboy live dealer casino games, so it’s practical to link the Playboy brand with an American accent. The studio is supported by a strong backbone of staff, running with uninterrupted game play.

You can try all of Microgaming’s live dealer titles, including their popular Playboy Bunny game range, at AllSlotsCasino.com. 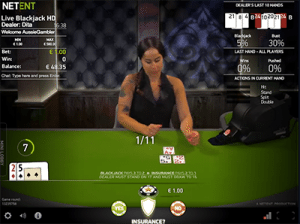 NetEnt’s list of live dealer rooms is epic and if you have a preference over the gender of your dealer, they have a good balance between female and male croupiers. The NetEnt live dealer studio was opened in 2012 and operates out of a high class setting in Malta, with table games that perfectly capture the bricks and mortar casino ambience. NetEnt only employ live dealers with impeccable English skills, while they also favour those capable of speaking Swedish and Italian.

The live casino studio operates 24 hours a day, 7 days a week, an impressive feat considering the consistent professionalism and refined presentation of the studio. Known as a company with great values, a dedicated live dealer team works around the clock to ensure the games and casino settings operate to the highest standards at all times.