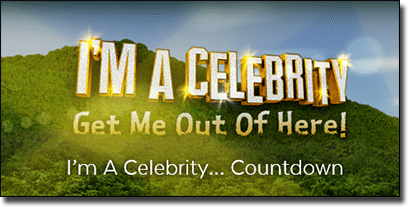 The latest season of the popular reality show I’m a Celebrity… Get Me Out of Here! is set to air next month, so to get in on the excitement 32Red Casino is giving away $5,000 worth of prizes to registered players.

To be in the running all you need to do is play Microgaming’s I’m a Celebrity pokies game for real money bets at www.32Red.com between now and the 28th of October. Before you do so, make sure to head to the promotions page at 32Red and opt in by entering your user name.

For every multiple of $10 you’re paid out when playing I’m a Celebrity, you’ll receive one star. For every star you earn, you’ll find your place on the leader board. The player at the top of the leader board at midnight on the 28th of October wins the grand prize, with 32 runners up also receive some tempting cash rewards.

The major prize is the Ultimate Celebrity Package valued at $2,500 which includes:

There’s also $2,500 worth of runner up prizes to give away as follows:

All cash prizes will be automatically credited to winners accounts at the end of the promotional period. The major prize winner is also given the choice of taking the real prizes or accepting $2,000 in cash instead. All bonus money is subject to a 30X wagering requirement, check the terms and conditions of the promo for further details. 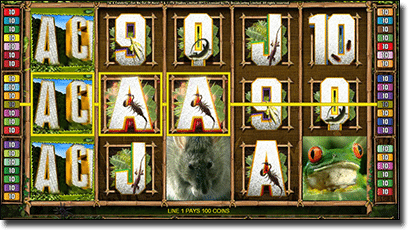 If you’ve never watched I’m a Celebrity… Get Me Out of Here! before, it’s a reality game show where 12 celebrities are forced to live together in a jungle environment for a few weeks without any of their usual every day luxuries or styling teams. They compete against each other over a series of bizarre and often gruesome tasks in an attempt to be crowned king or queen of the jungle.

Despite the C-grade class of celebs, the show has been hugely popular with many countries creating their own series including UK, Australia, France, India, Germany, Hungary, USA, Sweden, Denmark and Romania.

Microgaming’s pokies version of the show isn’t quite as star-studded, with no actual celebs appearing in the slot game, instead favouring for a jungle theme filled with all kinds of Australian creatures and creepy crawlies. It’s a five reel, 40 payline game with an exciting bonus round called the Bushtucker Trial Bonus that allows you to win up to 50 free spins with multipliers.

It may not be the most innovative online pokies game around, but with the chance to win these huge prizes during the 32Red promotion, it’s definitely worth taking for a spin.