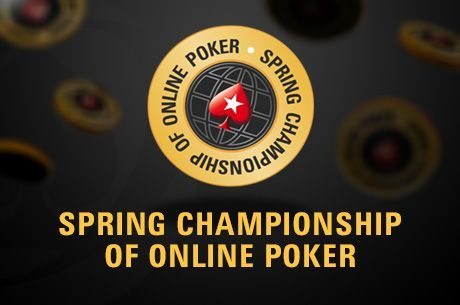 THE Spring Championship of Online Poker (SCOOP) has become one of the largest ever with over $91 million payed out in prizes.

The huge bounty tops the $65 million guarantee but falls short of the $94 million record set last year, which was the largest ever online poker series.

Failing to match last year’s figure is put down to a number of factors but undoubtedly Pokerstars decision to leave the Australian-market impacted the overall figure.

The SCOOP tournament ran from May 6-23 and featured 183 events, with 28 of them featuring a guaranteed million-dollar prize pool. The main event featured a guaranteed $5 million prize.

“The Spring Championship of Online Poker is one of the most important highlights of the annual poker calendar,” Stars Group CEO Rafi Ashkenazi said.

“In its tenth year, we were pleased to deliver not only the largest online poker guarantee in PokerStars history but to yet again pay out over $90 million in prizes to our players.”

The PSPC will be held in the Bahamas in 2019 with it expected to be the largest $25k buy-in poker tournament in history.

Pokerstars LIVE Macau poker room at the City of Dreams closed last month, and while Choi did not reveal the new location, he said it would be smaller than its predecessor.

Choi also said he was working on conjunction with Pokerstars on an Asian poker series.