We’ve all played horse when we were young, but only experienced poker players have played H.O.R.S.E.

When we talk about H.O.R.S.E we mean the five letter acronym which represents multiple variants of poker in one to make an intense game or tournament. It stands for;

It is often referred to as the game which sets the amateurs apart from the professionals due to the level of skill involved and can be played at both land-based casinos and online gaming establishments, however there are variations of the game itself and regardless of where players are playing the game they all must agree on the format prior to the game’s commencement. 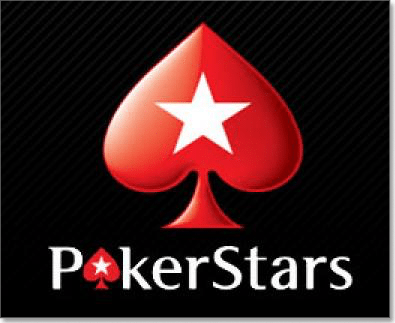 The game is basically a five game poker variant which became popular at brick and mortar casinos after it was agreed by players to play a mix of the poker games available in order to win bigger prizes. It also has the advantage of lowering the house edge and gives players the opportunity to try their skill at multiple games. Due to its popularity it has gone online predominantly in tournament form. It is said H.O.R.S.E proves a poker player’s real ability and since it is played at both the World Series of Poker, the World Championship of Online Poker and more, many of the best poker players have played the game to prove just how good their poker face is.

Playing H.O.R.S.E can be easy if players know how to play the individual games. The rules of the game can be quite simple even though the individual poker titles can be quite complex. If you haven’t played one or more of the individual titles, but you have played the majority, it still isn’t a good idea to go in guns blazing as it is a very advanced game with the requisite that you know all the individual rules. Taking the time to learn each game is a good idea, or even just refreshing your skills on each title before playing this mixed variant game is the best approach to playing H.O.R.S.E. The five most common titles involved in the five poker game includes;

Now add all these games together and you have the game of H.O.R.S.E. It is played with a 52 card deck with the jokers removed and there is a maximum number of players allowed to play at one table which is eight. H.O.R.S.E kicks off with one round of each title with the format of each game agreed on by every player, as there are common rule variations. There is a fixed limit, which means all players must put on wagers in a fixed increment in relation to the table stakes, that is first on Hold’em, and then onto the fixed limit to the next four games. However, there have been games which have included a no-limit rule but it is rare.

Each game is played for a set amount of time before the game is changed which is usually indicated by the dealer or a buzzer. Once complete, the cycle begins again. For online variants, the title of the game in play will be situated somewhere in the window. If you are playing in a tournament the blinds get changed in price, such as Hold’em starting at $1/$2 and Omaha switching to $2/$4 and so on. Gameplay can sound quite complex but if you know how to play the individual games and think you can play with a fixed limit in place then you should get the hang of it quickly.

This game may be a variation itself but it actually has variations of the game – we call this H.O.R.S.E inception. This includes the addition of other poker titles to the mix to create these variations. These include;

These variants can be decided upon prior to the game but all players must agree. If a player wants to add or remove a title, once again all players need to agree on this and no player can opt out of an individual poker game.