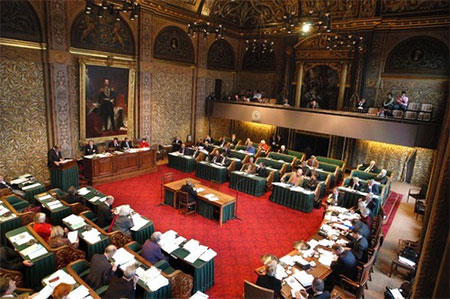 After a delay of more than two and a half years, Dutch lawmakers have voted in favour of regulated online casinos with the approval of the Remote Gaming Bill.

The proposal passed through the House of Representatives with relative ease back in July 2016, but the Senate proved a much stickier wicket than expected.

The campaign to legalise online gambling in the Netherlands suffered a series of setbacks in that time, including the rescheduling of the Senate vote from February 15 to February 19.

Now that the bill has passed both houses, it is expected the Kansspelautoriteit (KSA) will begin issuing licences from mid-2020.

“The amendment of the Betting and Gaming Act enables the KSA to protect participants in online games of chance,” said René Jansen, KSA Chairman.

“This is not possible in an illegal market.

“With this modernisation of the law, it is more possible to enforce a safe game in a fair market, as players will at least play with a provider with a permit.”

Licensed online casinos will begin operating in the Netherlands from January 1, 2021.