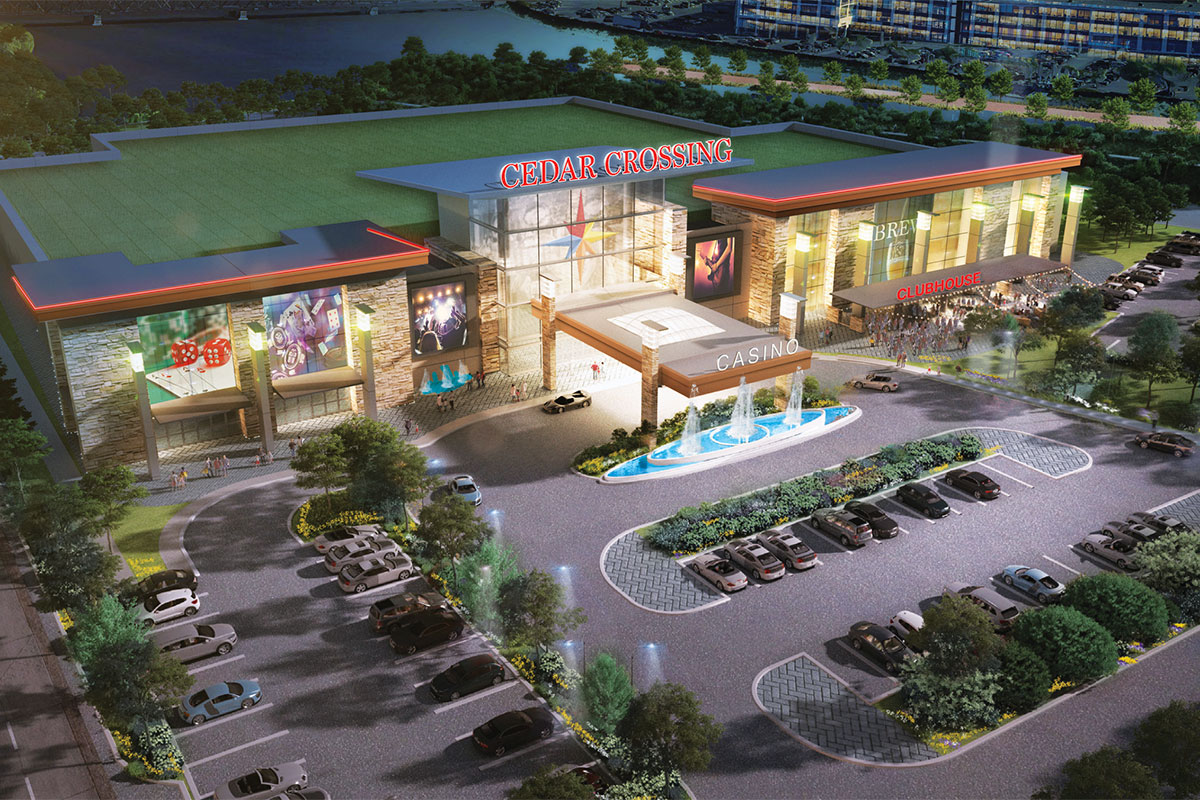 Cedar Rapids Development Group in collaboration with Peninsula Pacific Entertainment (P2E) have announced their plans to erect a casino in Linn County, Iowa. The new casino, Cedar Crossing, has been budgeted to cost $250 million.

This development comes on the cusp of the approval of a two-year moratorium on the issuance of new casino licenses by the Iowa Legislature. The Cedar Crossing casino would hit a snag if the bill passed by the Legislature is signed by Governor Kim Reynolds.

Cedar Crossing is proposed to be established on a 160,000 square-foot complex. It is projected to occupy an old mill site along Cedar River, the northwest section of downtown. The Cooper’s Mill site is relatively close to the hotel that was demolished many years ago.

The facility has been highlighted to consist of a 1,500-capacity event center, restaurants, and bars, amongst others. It was also projected to accommodate about 800 and 1,100 gaming machines, alongside about 40 – 60 table games.

The Mayor of Cedar Rapids, Tiffany O’Donnell, commented on the benefits of the casino to the community.

“Cedar Crossing is going to be a cornerstone of revitalization efforts in Cedar Rapids,” she said.

“This team has set the vision and has been leading the charge longer than anyone else – they live here and know our community, and they have been thoughtful in their approach to build the partnerships they need to build a world-class gaming and entertainment destination.

An estimate of $5-7 million is expected to be generated yearly from casino patrons. The supporters are open to committing 8% of net gaming revenue to the infusion of capital into local non-profit outfits.

Those details were made available by the president of the Linn County Gaming Association, Anne Parmley, in a released statement.

“From the beginning, we’ve said a Linn County casino will help our communities be more vibrant places to live,” she said.

“We believe we can do more and be more – and the $5 to $7 million dollars in annual net gaming revenue that we can commit to funding local nonprofits is our way to show our commitment to lifting Linn County as a better place to live, work and visit.”

P2E president Jonathan Swain feels strongly that the development of Cedar Rapids is coming at the right time. He also talked about the moratorium and said it only affects when they can commence the building but does not change their commitment.

“We know the time is now for Cedar Crossing. Linn County residents want gaming, and we’re the ones who will bring it to them,” he said.

“Linn County has been patient. The moratorium only changes when we can break ground – it does not change our commitment to building the world-class destination that we have promised and is worthy of their expectations.”

Some 55% of voters in Linn County had earlier signed off on the development of a local casino last November. This in turn has forced the Iowa Racing & Gaming Commission (IRGC) to open the license application pathway for a new casino in Cedar Rapids.

Several previous attempts to bring a casino to Cedar Rapids have all met dead ends. It was attempted in 2014 and 2017, but the IRGC moved against it as they were of the opinion that it would cause a dent in the usage of other casinos nearby. While the commission seems to be in agreement now, the license for a casino in Cedar Rapids could still be denied.