Three federal politicians are at the forefront of a Canberra campaign to further shift accountability away from adults. They are fuelling a culture of victimhood, one that is at odds with that legal responsibilities bestowed upon us once we turn 18.

We can drive a car, drink alcohol, smoke and gamble once we become adults, and the age restrictions are a product of widely-held beliefs that children lack the maturity to truly appreciate the potential consequences of their actions.

Binge drinking and smoking, for example, can lead to major health issues down the line. However, adults are — both culturally and under law — trusted to understand the risks and to take on the responsibility of their actions. 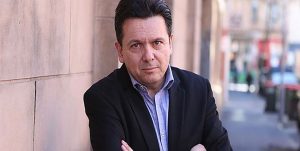 And yet, the likes of Nick Xenophon, Tasmanian independent Andrew Wilkie, and the Greens’ Larissa Waters, among others, continue their patronising campaigns to force adults under the same banner as children, society’s most vulnerable demographic.

The tyrannic trio’s latest project is called “Pokie-Leaks”, and, as you might expect based on its embarrassingly unoriginal name, has been designed to uncover super secretive and conspiracy-laden pokie techniques that they feel “trick” people into gambling more money.

The logic? That the lights and sounds of pokie machines trick punters into thinking they’re winning when they’re not. The research does show that certain triggers emit brainwaves and chemical reactions similar those set off when using illicit drugs, but the logic is still so moronic as to be comedic in nature.

For one, pokies machines clearly label what each symbol combination is worth. There are also gambling-help pamphlets and banners attached to each machine, as required by law. Further to this, each time a machine buzzes, tingles or rings, this equates to a “win” relative to the value of the symbols. A “win” is not determined by the amount wagered: it’s simply the value of the symbols. The way these three carry on, they act like playing the pokies is as complex as space travel: we dare not let the average joe control that space ship.

Tragically, the rhetoric aimed at pokies and the industry is not unlike what we see from other politicians towards other industries. The recent greyhound ban in NSW goes to show just how willing a government is to completely ruin an industry: once the moral benchmark is set by a fringe minority, the government does what it thinks is “right” to avoid an amplified campaign of hysteria (if that hasn’t already happened).

Lockout laws have killed Sydney’s hospitality and nightlife industries, while plain packaging and ever-increasing tax hikes on cigarettes make Australia look like an island of pampered children, protected from the evils of branded capitalism. Forget that these price hikes hurt low income earners the most, or that revenue generated from taxes covers smoke-related healthcare costs multiple times over.

Author’s opinion: There is absolutely no doubt that pokies machine manufacturers, tobacco companies and alcohol companies depend on addictive behaviour to make money. However, history is clear in that by limiting access to an already popular and culturally-significant vice, you simply fuel a vicious underground, one that mutates into something far more sinister than some flashy lights and sounds.

Politicians feel that they have a responsibility to protect us from ourselves. However, by shifting the blame away from those directly responsible for their own actions, they degrade the version notion of what it means to be legally recognised as an adult.

Sick of the infantile way our “pollies” treat us? Take your pokies game online and avoid them

We have the reviews of the top online pokies sites for you to research, but we highly recommend BetOnline Casino as safest and the best online casino providing support for players from United States.