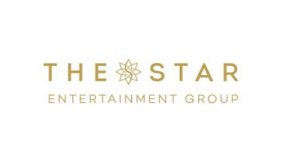 The Star Entertainment Group is attempting to recruit the former chief executive of the NSW Independent Liquor and Gaming Authority, despite the requisite of a four-year waiting period.

Mr Brodie was in charge of regulation and licensing for casinos in NSW up until the position was dissolved just over a year ago due to a departmental overhaul.

He was heavily involved in regulatory decisions concerning both the Pyrmont casino and the $2 billion planned casino at Barangaroo by Crown Resorts.

Star Entertainment has ignored the waiting period and lodged an application to the ILGA for Mr Brodie to become a key employee under the Casino Control Act.

An ILGA spokesman has commented on the rules stating they are there “to ensure the integrity of regulation and to avoid scope for any real or perceived conflicts of interest”.

Mr Brodie has found a loophole involving the post-employment of former ILGA officials, alleging he was not reclassified as a key official following the dissolution of his former role.

“It isn’t about gambling compliance,” he said. “It’s about whole of group compliance. My expertise is in risk and regulation,” he said.

“From my point of view, as a person who likes to think he has good integrity, I’ve thought through what they want me to do with great care.

“At first I was a little reluctant [about the new role]. I wanted to make sure it didn’t leave me in a difficult situation.”

“To maximise excellence in this part of the business, The Star would welcome the opportunity to provide a broad group role for Mr Brodie, but this would be dependent on further discussions and advice from authorities,” they said.

“He has a deep skills-set and would provide further robustness to a purpose-built team reporting into our group chief risk officer.”

While the waiting period has presented itself as an obstacle, the ILGA spokesperson has revealed the application is being considered but “it would be inappropriate to comment”.

If you’re looking to play casino games instantly, check out an online casino which is available with just a click of the mouse, or a tap of your finger if you’re playing on a smartphone or tablet.

There are plenty of secure sites available to players from United States, including BetOnline Casino, which offers a variety of online casino games compatible with desktop and mobile devices.