Watch Knicks vs Nets in NYC thanks to Royal Vegas Casino 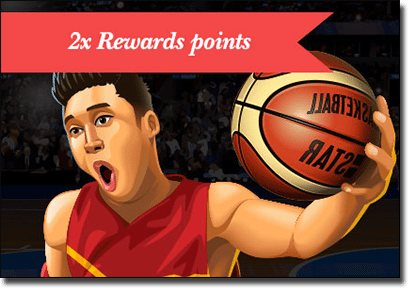 Always hot on the pulse of new Microgaming releases, Royal Vegas Casino is celebrating the launch of the latest pokies title, Basketball Star, by giving players the chance to win some massive prizes.

Play Basketball Star at Royal Vegas between November 4th and November 25th for real money bets and you could be living the high life on your way to watch a real NBA game in New York City.

One lucky player will nab a return trip for two to the Big Apple which includes five nights luxury accommodation, $1,500 cash to spend and courtside seats to watch the New York Knicks play the Brooklyn Nets. Whether you’re a basketball fan or not, this is one promotion you’ll be hoping to slam dunk.

How to be in the running:

To secure your name in the prize draw, head to RoyalVegasCasino.com and deposit some funds to your account. RVC offers plenty of 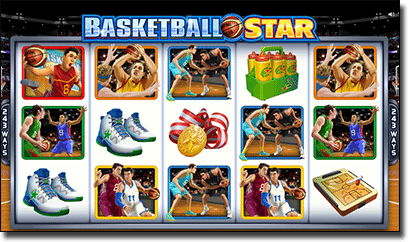 Deposit at least $25, load up the Basketball Star pokies game from the game lobby and start playing for real money. For every $25 you deposit and wager on Basketball Star, you’ll earn one entry ticket to the prize draw.

During the promotional period, playing Basketball Star on your desktop will also award you with double reward points, while mobile players can enjoy double reward points playing So Much Sushi, So Many Monsters and So Much Candy for smartphone or tablet.

What other prizes are up for grabs?

There are several prizes available during the course of this promotion. There are two mini draws happening on the 12th and 19th of November where two players will win one these cash prizes:

The major prize will be drawn at random on the 26th of November as follows:

Basketball Star is a five reel, 243 way video pokies game that follows in succession of Microgaming sports pokies Cricket Star and Football Star which can also be found at Royal Vegas Casino. Basketball Star consists of symbols made to replicate the atmosphere of an action packed basketball game, complete with stadium sounds and cheering crowds.

The game is packed with bonuses including scatters, wild symbols, free spins and a Wild Shot feature that has the power to turn two full reels into wilds for a guaranteed win. One of the biggest drawcards is the Rolling Reels feature which can award multiple consecutive wins and up to a 10X multiplier when free spins are in play.

With a game jackpot of $60,000 you hardly need another incentive to try Basketball Star, but this New York promo certainly helps.