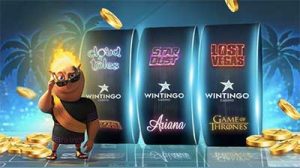 Wintingo online casino has announced it will be withdrawing from the Australian Internet gambling market.

The casino is known for its quirky layout and plethora of games from Net Entertainment, Microgaming and more, and while it only launched in 2011, it is no longer accepting Australians from July 1.

The Wintingo team have notified its Australian players via email, stating the casino “will unfortunately no longer be taking bets” from Aussies.

The short notice means the casino will allow Australians who have a pre-existing account to sort out their affairs and withdraw any remaining funds.

The announcement follows a string of operators withdrawing from the market including online casinos 32Red and Roxy Palace – which both operate under the 32 Red Plc company – as well as Thrills, Leo Vegas, Rizk and Guts.

All Australian players who have accounts at these online casinos were told via email prior to their exit.

Poker sites have also withdrawn from Down Under, with 888Poker first to exit Australia at the start of the year when the changes had only just been announced.

Meanwhile, PokerStars still accepts Aussies but has warned customers it will be forced to leave once the changes are enforced.

As a result, Australians looking for online casinos are left with fewer options.

The Interactive Gambling Bill 2016 is the reason for the mass exodus of Internet gambling operators in the country. While not yet enforced, online casinos and poker sites are preparing for the changes to be enforced sooner rather than later.

The bill was first introduced as a result of the Barry O’Farrell Review of Illegal Offshore Wagering. The review exposed the loopholes in the Interactive Gambling Act 2001 which allows thousands of players to enjoy a game or two of online poker or blackjack. That piece of legislation does make it illegal for online casinos to operate within Australia and serve Aussie players, but it does not make it illegal for offshore gambling sites to accept Australians.

However, the first and only operator to be prosecuted under the Act occurred just a few months ago. Luke Brabin, who ran the Poker Asia Pacific site, was fined $10,000 by a Queensland court for providing an illegal gambling service.

The IGA Bill closes these loopholes by adding hefty penalties for online casino and poker operators. These include adding the directors to the movement alert lists – preventing them from entering Australia.

The online casinos would also be risking their online gambling license if they continue to operate in Australia – their licensing jurisdiction would likely revoke their gaming license for operating in an illegal market which would, in turn, block them from servicing other parts of the world.

The bill was introduced by the House of Representatives where it was heavily debated last year. It was then sent to the Senate where legislators scrutinised over gambling ads and credit betting – largely ignoring online gambling – earlier this year.

Senator David Leyonhjlem attempted to introduce a secondary amendment which would have saved online poker – and PokerStars –, as well as Internet blackjack. The attempt failed and the bill with other secondary amendments focusing on lines of credit was sent back to the House for approval.

Interestingly, Senator Leyonhjlem recently gained a committee inquiry into poker – after telling the public to “screw the government and get a VPN” – which could save the game from being prohibited.

The bill is now awaiting approval from both houses again, which aren’t sitting until August. Whether online poker will be saved or not will be dependent on the inquiry and how fast the bill gets through the two houses again.

The online gambling industry is constantly changing, but players from United States looking to play real money casino games, including blackjack, roulette, poker and more can do so at BetOnline Casino. The site is secured by encryption technology to protect your details and keep your gaming experience a safe one.