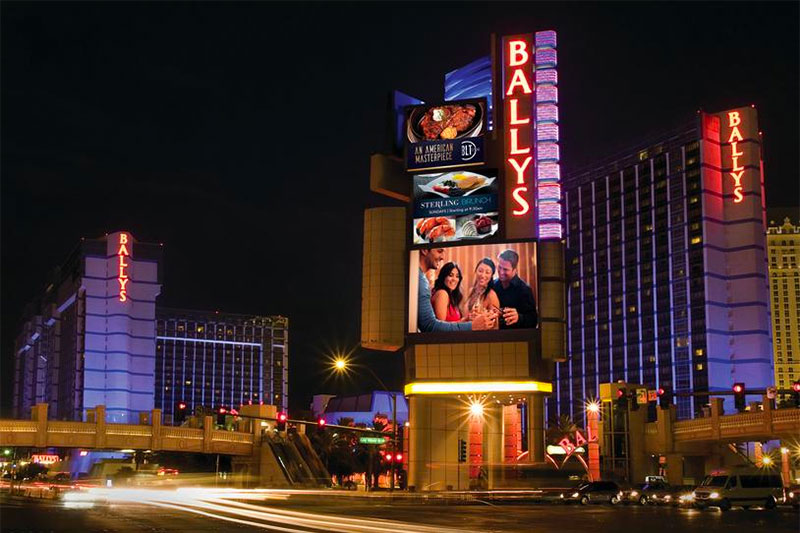 Bally’s Las Vegas will officially rebrand itself to Horseshoe Las Vegas on Thursday. The transition will mark the return of the famous brand to the Las Vegas Strip.

The venue’s operator, Caesars Entertainment Inc., announced the change in January this year, stating that the casino resort would take up the legendary Horseshoe name after decades of its absence in downtown Las Vegas.

The resort will be the 10th Horseshoe branded property owned by Caesars, following the grand opening of the gaming venue in Lake Charles on Monday.

According to Horseshoe Las Vegas senior vice president and general manager Jason Gregorec, a vital part of the property’s transformation was to connect the remaining Horseshoe patrons to the reimagined casino venue in Las Vegas.

“It’s coming back home, but also experiencing (Horseshoe Las Vegas) for the first time. People will want to be the first to come to Las Vegas,” Gregorec said.

The Bally’s brand was initially sold to Twin River Worldwide Holdings (TRWH) in 2020 for around $20 million. TRWH had already bought Bally’s Atlantic City before then. Per the brand purchase agreement terms, the buyer was to give Caesars a perpetual license to operate Bally’s Las Vegas location.

“The 44-acre property is located at the center of the world-famous Las Vegas Strip, across from Caesars Palace and The Cromwell, next to Paris Las Vegas at the Flamingo Road intersection. Bally’s Las Vegas is steps away from various Las Vegas landmarks and attractions and is a stop on the Las Vegas Monorail,” Caesars revealed.

Horseshoe is not a new name in Nevada. Texas horse trader and gambling magnate Benny Binion was the brains behind the first Horseshoe Club in 1951. It was located in downtown Las Vegas and Jack, his son, went on to be the company’s president.

Jack oversaw the development of the property and made it a high-class location for gamblers. This was partly due to the founding of the World Series of Poker in 1970. The Horseshoe brand went on to build casinos across the US, boasting its reputation.

Horseshoe was sold to Harrah’s Entertainment (now Caesars Entertainment) in 2004, and its name was changed to Binion’s Gambling Hall and Hotel. The casino was then sold to MTR Gaming Group; however, it retained the rights to the World Series of Poker and Horseshoe names.

The Las Vegas casino will see a number of new changes, such as carpeting replacements, new millwork, painting, and a bigger casino floor with a new layout. The finishes in the casino will include dark earth tones and horseshoe logos, much like what can be seen in other Horseshoe venues.

Jack Binion’s Steak was added to the venue in June. The steakhouse brand is used in most other Horseshoe and Caesars properties. M.Y. Asia is expected to be included in 2023, as well as other amenities and new signage.

The Las Vegas casino features a recently launched Arcade, situated in the previous sportsbook space. Other new renovations include updating the World Series of Poker Hall of Fame room and making a new layout for more poker tables.

“It’s a way for people to feel comfortable when they come back. It’s still the same feel and level of service, the Jack Binion’s steakhouse and the poker room, those types of things,” Gregorec said.

According to Caesars’ announcement on Monday, Bally’s Las Vegas and Paris Las Vegas will see a return of WSOP on May 30. The casino brand has an extended history with poker because years before Harrah’s bought the rights of WSOP and pushed it to the Rio, the downtown spot had hosted the game.

“Combining (the Horseshoe and WSOP) is the perfect fit because that’s where it all started — in the original Jack Binion’s Horseshoe. It all came together perfectly,” Gregorec continued.