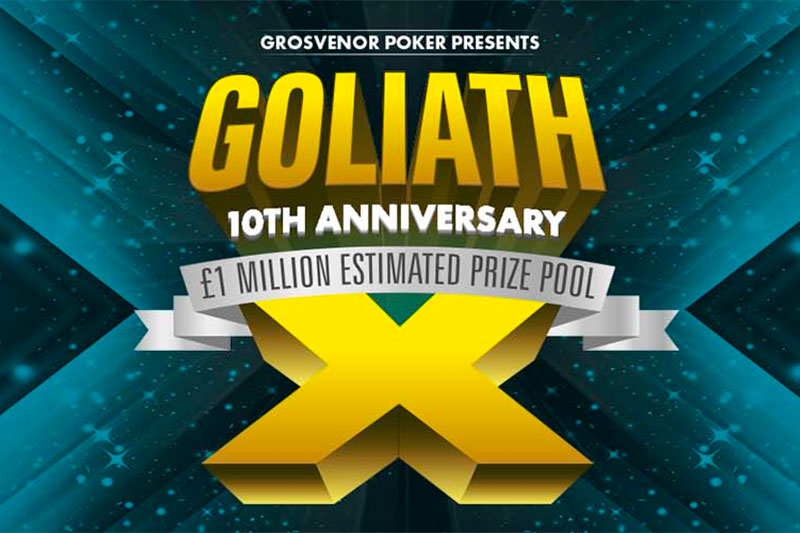 Starting on August 27, the Grosvenor Casino Coventry will be hosting Goliath X – reputed to be the largest live poker tournament outside Las Vegas. The tournament is expected to attract over 10,000 contestants this year, with a prize pool of £1 million.

Since its inaugural run in 2011, the tournament has been a big hit with players in the UK. This year will mark Goliath’s return to a live format after two years of online play due to COVID-19 restrictions.

According to the schedule, qualifying for the main event will kick off on August 27 and run until September 2. After another day of play, the final 50 contestants will then return on September 4 to battle for the grand prize.

Igor Zydek, General Manager at Grosvenor Casino Coventry, said: “Goliath is a one-of-a-kind festival of poker here in the UK, and it’s as big as it gets in the world of poker. We’re incredibly proud of how the event has grown over the years.

“It improves in popularity every year and to have Europe’s largest live poker tournament here in Coventry is a huge achievement. Following the online satellite qualifications, we’re expecting more than 1,000 people to join us in person to compete on each of the first eight qualification days.

“The tournament attracts players from all over the UK and Europe, but in our 10th year, wouldn’t it be brilliant if we could celebrate a hometown Coventry winner?”

Apart from the main event, many side events will be taking place, namely the Women’s Championship event, the Seniors tournament, and more. Anyone aged 18 and above is eligible to contest these games.