Mexico to allow three more casinos in boost to tourism 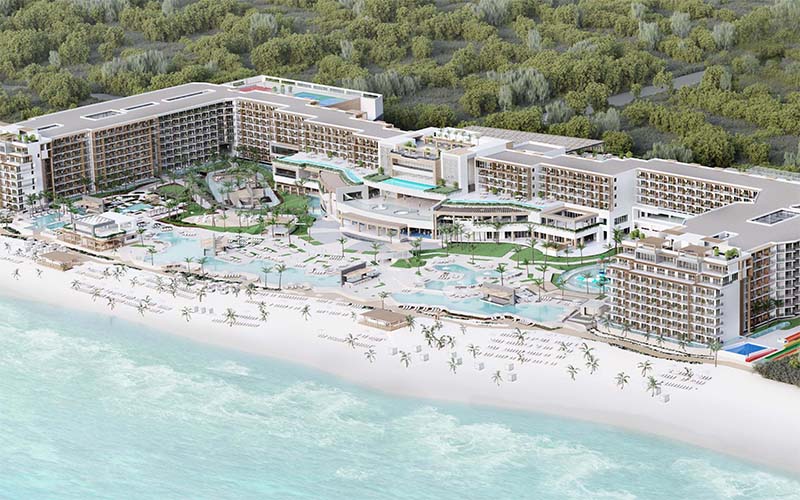 A brand new integrated resort, the Royalton Splash Riviera, is coming to Cancun, Mexico, later this year and the city is adding even more casinos to its growing portfolio.

Since 2017, when the government reversed a significant casino ban, it has approved hundreds of casinos throughout the nation.
The new resort will bring a new life experience to both native Mexicans and tourists.

Multiple media platforms have revealed that three new casinos will be launching in Mexico soon. There were several hints a few months ago, but now the gambling venues are gearing up to cut the ribbon.

The Mexican casinos aspire to infinitely boost various tourist markets and the local economies from the state of Baja California on the peninsula to Tamaulipas, which is on the East Coast.

At the end of the covid epidemic, the Mexican government officially sanctioned the inauguration and expansion of gambling rooms in the country. There are now precisely 379 live casinos under 37 permits, in contrast to the 850 casino houses the law permits to function.

The next gambling hall to be developed will be inaugurated in a city in Mexico, Mexicali, which is the capital of Baja California. The casino will be set up in La Chinesca, in the city’s old Chinatown, an archaic building where popular figures like AI Capone, Rudolph Valentino, and Charlie Chaplin have resided.

The required licenses and warrants needed to completely establish and inaugurate its gambling house to the public have already been attained by the Chinesca Casino. As stated by a Facebook post created by the casino, on Friday, September 2nd the opening reception will take place.

Since the federal government only very recently revised its policies regarding gambling, the opening of the new casino in Baja California represents a significant step forward for the state’s legislative agenda.

Furthermore, the capital of Tamaulipas, Ciudad Victoria, will be expanding with the addition of two new casinos. At the moment, the venues are undergoing construction, with completion fast approaching.

The launch of new casinos will provide more revenue and improve Tamaulipa’s economy. In accord with eleven other casinos that already conduct operations in the Mexican state, there will be more jobs generated for citizens, building up to 3,000 new employment opportunities.

Presently, Mexico’s gambling market is expanding rapidly and improving. Reports from Technavio, a market research company, predict a compound annual rate of growth (CAGR) in global casino gaming of increasing to 4.85% by 2025.

In addition, state and city tax revenue will also be generated, but depending on the tax authorities’ confirming that the casinos are abiding by the regulations, the amount of tax revenue generated will change.

Consequently, the casinos in the state of Sorona are now under surveillance due to allegations concerning incomplete payments to the government.

Prior to this time, gambling halls in Mexico have constantly been plagued with bad publicity concerns and accusations of government extortion.