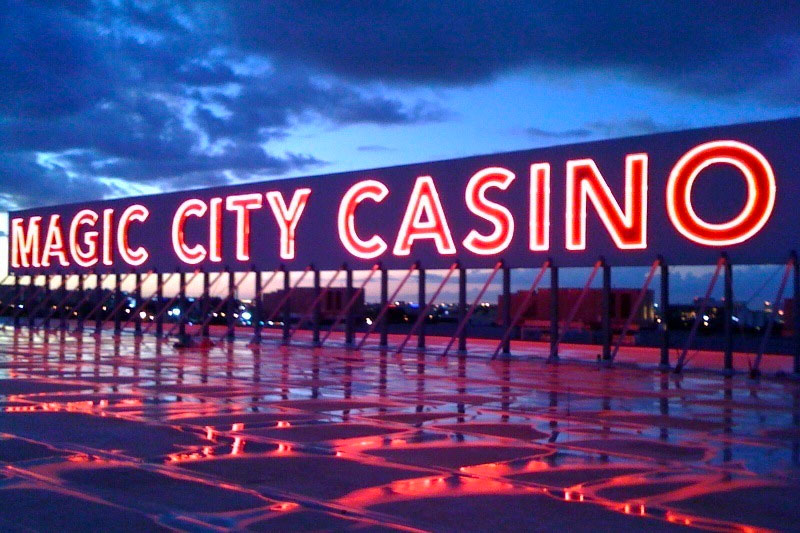 Magic City Casino, one of the longest-running casinos in Miami, Florida, is set to be sold to the Alabama-based Poarch Band of Creek Indians. The involved parties did not disclose the agreed price, and on Thursday a request will be sent out to the state to transfer the venue’s lucrative gambling permit.

They will also be in control of the gambling venue’s greyhound permit, which it first received in 1931. The state issued the permit when Florida legalized racing, and despite the ban on greyhound racing, it is still in full effect. From as far back as 2004, the permit has been integral in helping Magic City, in addition to other South Florida casinos, to operate slot machines legally.

The recently constituted Florida Gaming Control Commission will be in charge of approving the sale. The board is set to meet in Tallahassee on Thursday. The five-member panel’s handling of the proposed deal will display just how much deliberation and scrutiny the commission will direct at high-dollar transactions.

The application submitted to the panel in November revealed that the Havenick family-owned West Flagler Associates had entered an asset purchase deal with Wind Creek Miami, LLC, a Poarch tribe subsidiary. The agreement would see the former obtain 100% equity and an ownership interest in the permit.

The agency’s staff reportedly recommended the transfer approval; however, over 100 pages concerning the asset purchasing application posted on Florida Gaming Control Commission’s website have been entirely redacted. As a result, the public is left in the dark concerning crucial details in the agreement.

For instance, the information revealed the deal, including financing, but no part of the terms or details of the transaction were shown. There is also no indication that other partners are involved in the financing of the agreement.

“Because it is acquiring the permit, Wind Creek will also acquire a parimutuel operating license, cardroom license, and the slot machine license for the 2022-2023 fiscal year,” the application read.

John Sowinski, the head of No Casinos, an anti-casino advocacy group, released a statement pleading for the commission’s indulgence in allowing the public to ponder the decision before voting on a potential multi-million dollar agreement.

“The Gaming Control Commission was created with the promise of greater transparency and public view into the world of gambling policy making, regulation, and enforcement,” Sowinski said.

“In that spirit, this agenda item should be fully disclosed and should be postponed until the public has time to see what’s going on and the gaming commission can make a decision with the benefit of public input.”

Other gambling operations the Havenick family is involved in include a permit to offer summer jai alai and poker in the Edgewater neighborhood in Miami as well as Bonita Springs Poker Room located close to Fort Myers. The family will continue to be in control of said permits.

Wind Creek Miami, LLC is one of the tribe’s PCI Gaming Authority subsidiaries. The company is the principal gaming and hospitality entity of the tribe and has two gambling permits in North Florida. One is a greyhound permit, and the other is a card room in Pensacola. It also has a Gretna-based barrel racing track and poker room.

The Poarch tribe has continued to expand its gambling footprint in the US for the past decade and currently has 10 gaming operations. The Las Vegas Sands resort casino purchased by Wind Creek Hospitality in 2019 is one of its properties.

Besides its gaming properties, the Poarch tribe controls gambling operations in Montgomery, Almore, and Wetumpka in Alabama. The Renaissance Curacao and Renaissance Aruba, in addition to the Alabama-based Mobile Greyhound Track, are also included.

Per the commission, they received the application on October 6. According to state law requirements, as soon as an application is complete, a mandatory 90-day review period is expected to follow.

There is no concrete information on the proposed deal’s impact on the ongoing legal actions involving West Flagler Associates over sports betting. The lawsuit reportedly invalidated a gambling agreement between the Seminole Tribe of Florida and Gov. Ron DeSantis.

West Flagler Associates is a part of the lawsuit’s plaintiffs, which led to the court throwing out the deal, commonly known as a gaming compact. If approved, it would have provided the Seminole Tribe monopoly over sports betting carried out in Florida.

A federal district court judge made the ruling in the District of Columbia in December 2021. The judge stated that the compact was a violation of the federal Indian gaming law, and as a result, all sports betting and gaming-related expansions in the state were halted indefinitely.

The court’s ruling is currently under appeal due to the efforts of the United States Department of the Interior and the Seminole Tribe.