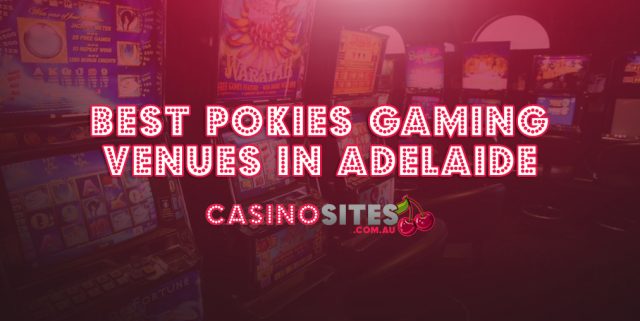 Adelaide, the capital of South Australia, often referred to as the City of Churches or the Festival State, is no stranger to the pokies, with thousands of pokie machines to be found around SA. If you’re looking to head out to play pokies in Adelaide.

The Adelaide Casino is SA’s only casino, standing proud on North Terrace in the CBD near the historic Adelaide Railway Station. The casino is open 24 hours a day, seven days a week excluding Christmas Day and Good Friday. Recently undergoing a multi-million-dollar refurbishment, the Adelaide Casino now houses an entire floor dedicated exclusively to electronic gaming machines, with over 1,000 pokie machines on offer.

Late night pokies – Open til 5am

There are several venues all around Adelaide which host gaming machines and are open until the early hours of the morning, so if you’re in the mood to hit the slots, check out a few of the lounges, pubs and clubs we’ve listed below.

Heading down to the local pub for a pint with mates is a huge part of Adelaide’s culture, and for those who are partial to a few spins on the pokies there are plenty of places you can duck in to drop a few coins in a machine between cold ones. Some of the biggest and best pubs with pokies around the Adelaide metropolitan and nearby surrounding suburbs: 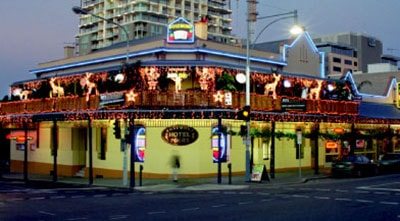 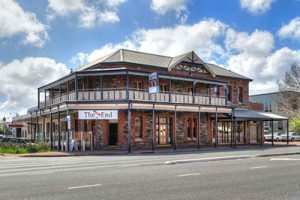 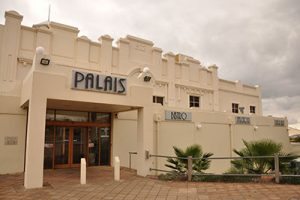 The Palais – The Esplanade, Semaphore

RSL’s (Returned and Services League of Australia) are a popular place for Adelaide residents who have served in the armed forces and their friends and families to unwind and socialise. An RSL is a bit like a social club crossed with a pub, and they often offer a bar, dining, snooker, and sometimes TAB, keno, and pokies. While many RSL’s prefer to remain pokies-free, you’ll find pokies at these Adelaide RSLs:

Pokies have been a hot debate in South Australian news and government for years, with some political parties rallying for their exclusion while others argue the state’s growth and economy relies on them. A few years ago a bill was passed to remove 3,000 pokie machines from circulation within Adelaide’s pubs, clubs and RSLs, but its estimated hundreds of these are still in active use. Unless any new laws are passed, you’ll continue to find pokies at hundreds of venues around South Australia.

As mentioned earlier, there are plenty of other choices for Adelaide residents to play the pokies if they are seeking convenience or something a little closer to home. There are thousands of high-quality free-play and real money online pokies games Australians can access in mere seconds from the comfort of home or while you’re on-the-go – all you need is an active Internet connection or a mobile data network connection to begin playing.

Playing on your desktop computer or laptop (Mac OS X, Linux, Windows) tablet or smartphone (Android, Apple iOS, Oppo, Samsung) is easy and you can win huge money in some of the largest progressive jackpots available to pokies players thanks to plenty of gaming software developers creating interactive and high-limit pokies games specifically for online play. Many of these games aren’t available at Australian land-based casinos or RSLs, so it’s worth a shot to give them a go.

The following online casino sites are our recommended picks for AU players, tried, tested and proven by the writers here at OnlineCasinoSites.

Slots Million – With over 1200 pokies games available from multiple software providers, a big chunk of that number from niche developers and harder-to-find games, Slots Million is the best specialist pokies casino available online for Aussies, focusing entirely on all types of slots – three-reel classics, five-reel modern games, progressive jackpot pokies with millions of dollars in prizes and 3D animated titles.

Mucho Vegas – Catering to real money players from multiple countries including Australia, Mucho Vegas has a generous welcome deposit bonus to maximise your bankroll and a ton of games from the very best providers – BetSoft, Pragmatic Play and iSoftBet, to name a few.