Tasmania’s Federal Group will argue their case to continue its exclusive rights over Electronic Gaming Machines at a parliamentary inquiry next Tuesday. 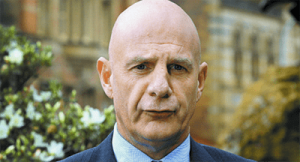 The Federal Group has a deal up until 2023 to be the sole operator of electronic gaming machines (EGMs) in the state but will now face competition as a Joint Select Committee on Future Gaming Markets will address 147 submissions from February 7.

Treasurer Peter Gutwein announced the inquiry early last year, with the review set to address community attitudes as well as operations of the state’s casino and keno sectors from 2023 too.

“The Government has proposed a way forward which for the first time will put the gaming machine license to the market, and which will reduce the maximum available number of machines,” Mr Gutwein said.

“We have established this inquiry in order to provide full transparency and allow everyone to have their say.”

The Federal Group argued in its submission the single-operator model reduced regulation costs for the government, and it would be risky and complicated to change to market-based mechanisms for licensing pokies in Tasmania. It also suggested a review on tax rates and yearly fees of the machines without decreasing government revenue.

Federal, which has held the state’s gaming licences since 1973, maintains the state’s harm-minimisation measures were up to date and considers them to be the most stringent in the country. It also states $343 million each year is contributed to the economy as a result, and this has created 2300 jobs.

On the other side of the fence, the Tasmanian Liquor and Gaming Commission has rebutted the claims stating Tasmania was up to 3200 problem gamblers, and up to 7000 moderate gamblers. It stated the numbers are “not insignificant”. The Commission also detailed for every problem gambler, there were five more people affected, suggesting gambling should be treated as a public health issue.

It also proposed a number of harm-minimisation strategies, such as limiting machine distribution and reducing the bet size on EGMs.

Rein in the Pokies, a Glenorchy-based group, also submitted a submission where David Walsh, a gambling millionaire, stated some forms of gambling are worse than others, with the “one per cent advantage” on blackjack games making him rich, replaced by a 13 per cent disadvantage on poker machines.

Mr Walsh won’t be attending the inquiry as he will be in the US.

The inquiry will also look at taxation for gambling in the future as well as licensing arrangements, and address the potential for shaping market-based mechanisms to operate EGMs.

For better odds and bigger rewards, sign up for free at BetOnline Casino – the leading real money casino site for players in United States.