The Crown Casino staff detained in mainland China, including three Australians, have been formally arrested and will face the next six months in jail. 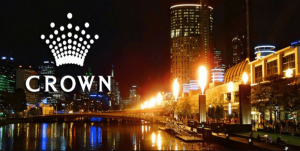 The golden period where an early release was on the cards has been scratched, following the detainment of 18 Crown staff for “gambling related crimes” last month. It is said they were involved in targeting VIP Chinese players to bring back to the Australian casinos.

A fourth Australian is said to have been detained and formally arrested, despite not working directly for Crown – although it is reported they work for a junket operator.

However, one local administration employee of Crown, Jenny Jiang, was released on bail on November 10. Her husband, Jeff Sikkema, has made no comment since her release.

The Australians, and 13 other staff members, will be held in custody for at least the next six months while the police prepare their case. Despite being formally charged on Sunday, the exact allegations will only be revealed once the case is presented in Court.

Relatives of the Australians issued a formal statement, stating they don’t even know what the charges are.

“The notice just says they have been arrested under ‘gambling crimes’, that’s it,” said one family member, who declined to be named.

However the arrests, which took place after overnight raids in China on October 13 and 14, are said to be part of “Operation Chain Break,” aimed to restrict the revenue garnered by VIP gamblers in Macau and neighbouring countries.

The operation, which was launched in 2015, is being managed by the powerful Public Security Bureau (PSB) in mainland China.

Deputy Bureau Chief of the PSB, Hua Jingfeng, said their residents are not for sale.

“Some foreign countries see our nation as an enormous market,” he said.

“A fair number of neighbouring countries have casinos, and they have set up offices in China to attract and drum up interest from Chinese citizens to go abroad and gamble.

“This will also be an area that we will crack down on.”

The operation targets any organisation promoting gambling activities on mainland China and any organised trips of 10 or more to casinos for gambling purposes, which is illegal in the country.

Crown has come under fire for not repeatedly warning their staff, especially following two South Korean gambling organisations targeted last June, with 13 of their nationals detained.

The Crown was warned about providing credit and facilitating illegal money flows, and taking government officials, their spouses, children and friends on paid tours or golfing holidays.

Unfortunately, the Chinese market for VIP players is quite irresistible. Following the decline in revenue after the crackdown in Macau, due to their high roller marketing strategies, Australian operators made the regrettable decision of snapping up this market and targeting VIP Chinese players to bring to our casinos.

It’s quite clear why the Crown staff have been arrested, but we won’t know the exact details of the charges until prosecutors finalise their case.