James Packer’s Crown Resorts is embroiled in an anti-gambling crackdown in China, following the arrest of a number of the company’s employees. 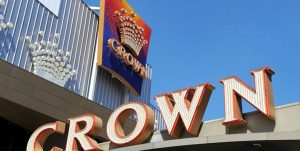 Three Australia employees are among the reported 18 Crown Resorts staff detained by Chinese authorities. The group is currently being questioned in China.

It is understood that the Australians were detained while on a business trip as part of Crown’s international sales and marketing team.

Crown’s head of VIP International, James O’Connor, is said to be one of the 18 employees being questioned by Chinese authorities.

The arrests come as China ramps up efforts to tackle the illegal promotion of gambling on the mainland.

It is believed that the arrests are related to the solicitation of Chinese high rollers to gamble in Crown’s overseas casinos. Such a crime carries a 10-year sentence in China.

The Australian Government told the South China Morning post that it is investigating the arrest.

“Consular officials are seeking to confirm these reports with the relevant Chinese authorities,” the Australia’s Department of Foreign Affairs and Trade said in a statement.

“If Australians have been detained, consular officials will seek to offer appropriate consular assistance in accordance with the Consular Services Charter.”

Under a consular treaty, China must notify the Australian government of any arrests of Australian citizens. It did so yesterday, with Australia’s Foreign Minister Julie Bishop confirming that the Federal Government had been notified.

“Consular officials in Shanghai are making arrangements to visit the Australians to offer appropriate assistance, all of whom have legal representation provided by their employer,” Ms Bishop said.

“The Australian Government is also providing consular support and information to the families in Australia, in consultation with Crown.”

Family members of the staff arrested met with lawyers yesterday evening, reports the ABC. Crown Resorts and family have been denied direct access thus far to those being detained.

China’s Foreign Ministry has said that the arrests were for “gambling crimes”. The trio of Australians have been provided with legal representation by Crown.

Looking for an online casino to gamble for real money?

Looking for a safe online casino to play at? We have the reviews of the top casinos available online for you to research, but we highly recommend BetOnline Casino as safest and the best online casino providing support for players from United States.