Double taxation on Bitcoin to be removed by Government 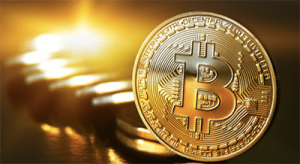 Australia has announced it will end the double taxation on digital currencies including Bitcoin.

Last year the government announced it would exempt digital currencies from the double tax and has vowed to follow through as published in a Government response to the Productivity Commission Inquiry into Business Set-Up, Transfer and Closure.

At the time of writing, when Australians – both individuals and businesses – use digital currencies, including Bitcoin, to pay for goods and services, customers are taxed under the goods and services tax (GST) and then for the GST which is levied on the currency used as payment.

The double taxation is due to the Australian Tax Office deeming digital currencies as “intangible property,” and transactions made with currencies like Bitcoin are “barter transactions.”

The Productivity Commission recommended digital currencies to be included under the definition of money in “both Division 195 of the A New Tax System (Goods and Services Tax) Act 1999 (Cth) and relevant GST Regulations.”

The Commission also recommended that the “government should amend the Anti-Money Laundering and Counter-Terrorism Financing Act 2006 (Cth)” … “to regulate digital currency businesses for anti-money laundering and counter-terrorism financing purposes.”

The government, in its response, supported the recommendations and said it “agrees that consumers should not be subject to the GST twice when using digital currency to purchase goods or service.”

“The Government is working with the FinTech Advisory Group on options to reform the current GST treatment of digital currencies and released a consultation paper for public consideration as part of the 2016-17 Budget,” the response said.

The policy aimed to enhance the country’s financial technology industry, with Treasurer Scott Morrison stating the government would “take action to prevent the double taxation of digital currencies — we won’t be taxing digital currencies.”

The government has done little since releasing the report which has left the FinTech industry frustrated. Until now.

“We’ve been told that it is going through but it needs to be prioritised on the agenda, but it just hasn’t,” she said.

“We’re a bit disappointed with the delay.”

As the country moves to implement new gambling reforms to restrict online gambling, it is interesting the government supports the removal of double taxation on digital currencies, including Bitcoin.

Bitcoin was established around five years ago and functions as a form of digital banking. It is quickly growing as an ideal payment option for online gambling transactions in jurisdictions which are restrictive.

The double tax on Bitcoin in Australia means it is more expensive to use than other payment methods, and while online casino gambling remains legal it has not been a popular choice.

The Australian government has recently engaged in an overhaul of the online gambling industry, with the impending Interactive Gambling Amendment Act 2016 with secondary amendments awaiting approval by the lower house. If passed, online casino gambling games at offshore casinos will be deemed illegal.

This move to make Bitcoin more accessible in the country, as promoted by the Treasurer who has been proactive about restricting the gambling industry, proves once again the lawmakers in charge of legislating the Australian gambling industry know nothing about it.

Bitcoin will likely be used in conjunction with a VPN, as recommended by a knowledgeable Senator David Leyonhjlem, by online poker players and other Internet casino gamblers after the legislation is approved.

Players can use bitcoin to gamble online, but not all online casinos offer the method just yet. For the time being, players from United States can play real casino games at BetOnline Casino using traditional deposit methods.