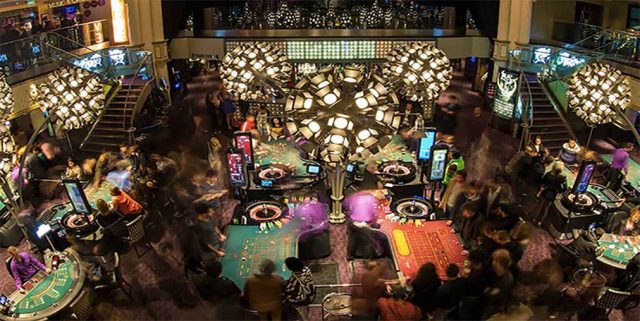 Several casino operators are now calling on the government to relax the rules, stating that it would benefit from lifting the 13-year-old ban.

“Worldwide, high-end customers get what we call a ‘marker’ – they are allowed to gamble on credit rather than having to transfer money from country to country and be subject to the vagaries of different exchange rates,” Mr Thomas told UK media outlet, The Express.

“All we’re asking for is a simple change in the law to allow customers in British casinos to do the same.”

Mr Thomas argues that changing the law would mean more revenue for the economy since casinos “pay 50 percent of any money lost to the Government in tax on our gross profits and corporation tax on top of that.”

“And research has shown that the more people win, the more they spend on nearby hotels, restaurants and shops, which is a considerable upside for the UK economy,” he added.

The government is currently coming to the end of the 12-week consultation period on FOBTs maximum bet limits. While players can bet £100 every 20 seconds, the government will likely reduce the maximum limit to £2 at the conclusion of the review on Tuesday.

Mr Thomas has been an advocate for reducing the maximum stakes, with £50, £30, and £20 all proposed to replace the current limit.

The London Hippodrome has 20 slot machines, where the maximum stake is set at £5 a spin due to regulations.

“We are in the perverse situation of there not being adequate restrictions at the bottom end of the gambling industry, where people cannot afford to lose money, and too much at the higher end where customers essentially gamble for sport,” Mr Thomas said.

“It doesn’t make any sense.”

Mr Thomas added that high roller casinos attract players from around the world “who have money to burn in Britain”, which he believes would be a “big win for the British economy”.

Australian casino Crown Resorts tried a different approach to attract Chinese high rollers in 2016, stepping up their marketing tactics on mainland China, while cutting out the junket/middle-man. Unfortunately, it ended with 19 employees detained in Shanghai for the illegal promotion of gambling.

The 16 staff members who were jailed have since been released.